Home
>
Blog
>
Things to do
>
Walking in Cornwall

Things to do Monday 7th September 2020 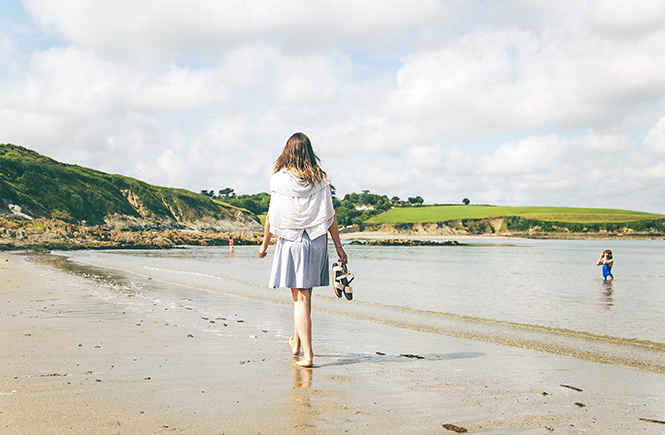 Move over surfing and pasties, there’s a new trend in town: walking.

Visitors can’t seem to get enough of exploring Cornwall on foot these days, and it’s no wonder why. A ramble in the Duchy affords access to glorious remote places, stunning coastline, and expansive green spaces, allowing a heady sense of escapism and discovery while exercising mind and body in the most sublime way.

If you’re a fan of the slow walking movement, you’ll relish the opportunity to wander your way through forest, countryside, World Heritage Mining sites, town and beach. Or if you prefer a more adrenalised approach, then there’s opportunity aplenty to hike a tor, climb a (mini) mountain, or even up the pace on a popular running route.

Toward east Cornwall, there’s an almost endless array of options. From The Camel Trail to Blisland’s De Lank Quarry, you’ll find miles of farmland, woodland and moorland to freely roam. 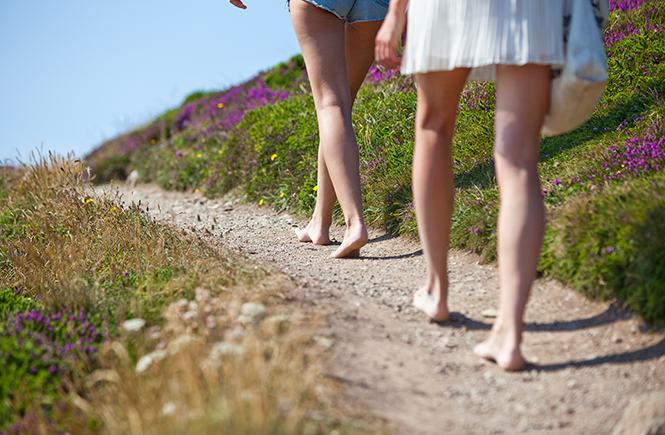 Cycle or walk the Mineral Tramways Coast to Coast trail from Portreath to Devoran, which passes through a diverse range of habitats and landscapes, from the Atlantic fishing port on the north through woodland, valleys and mining landscapes to the picture-postcard pretty harbour village on the south coast.

With Cardinham Woods almost slap bang in the middle of Cornwall, everyone from dog walkers to horse riders and cyclists can take advantage of the mass of tracks and trails. You’ll delight in the rural sights, scattering of play, picnic and barbecue areas, or a well-deserved refuel at the Woods Café.

On the south coast, walkers can trek toward the jaw-droppingly dramatic, Dodman Point or opt for the softly sweeping Lansallos: this section of the South West Coast Path takes in some spellbindingly scenic sights.

The benefit of the area’s variety of lanes, footpaths and walkways is that you can set your own itinerary and agenda to suit, whether you wish to sightsee along the seaside or venture into the hinterland’s hidden greenery.

Other top tracks to consider are along Porthluney Cove (not forgetting to schedule a stop off at Caerhays Castle), Millendreath and the Monkey Sanctuary (definitely one for the kids), and the gradual ascent to absorb the awe-inspired sea views at the summit of Struddicks. 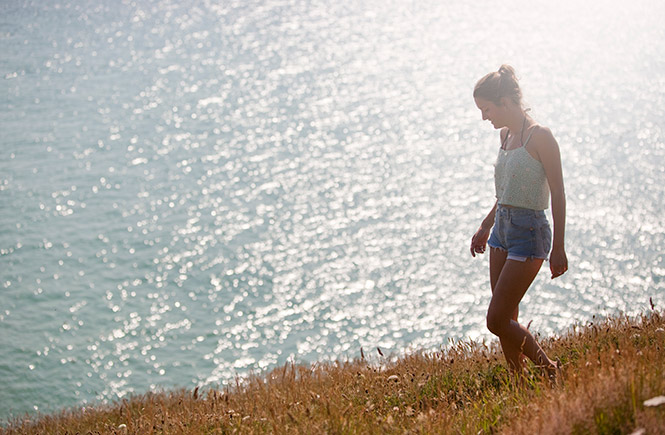 Then there’s the wild west of Cornwall, where the term ‘spoilt for choice’ becomes awe-inspiringly manifest.

The likes of Mousehole to Lamorna Cove, ‘The Wild Land’s End Way’ (St Ives to Penzance), Porthcurno to Logan’s Rock (with a stop-off at the famous Minack Theatre) and artists’ favourite, St Michael’s Way are all ripe for the avid rambler’s picking; while cross-country routes including Trencrom and Godolphin Hill boast incredible hilltop panoramas across the peninsula.

Fancy exploring Cornwall on foot? You can take a look at our holiday let cottages in Cornwall here.