In Cornwall, you can’t escape natural beauty. Not that you’d want to. There are no less than a dozen designated local Area of Outstanding Natural Beauty (AONB) sections packed into the Duchy, presenting eye candy of the highest calibre pretty much everywhere you turn!

From the northern-most corner of the Cornwall-Devon border to the far west and central southern coast, visitors can find themselves in extraordinarily scenic locales, whether coastline, riverside or ancient moorland. 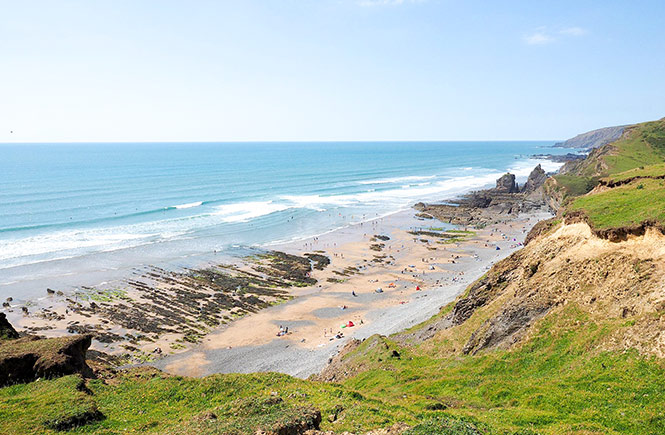 Stretching from Morwenstow to Kilkhampton, picture everything from coastal seascapes to wild heathland and hidden valleys. Coombe Valley is part of the Woodford Woods and Coombe Valley County Nature Site that leads down to the gorgeous Duckpool Beach, while Sandymouth sits enticingly nearby. 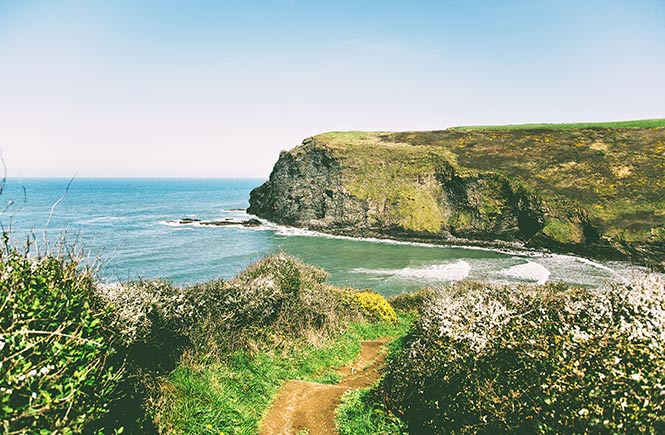 Boasting Cornwall’s highest cliff lines, this area is awash with jagged rocks and jaw-dropping cliff-tops including Boscastle, Rocky Valley, Tintagel, The Rumps and Crackington Haven’s High Cliff at Trevigue. There’s an abundance of beaches too, with Trebarwith Strand, Tregardcok Beach and the uber scenic Port Isaac and Port Quin coves, while nature lovers will delight in Millook Woods.

The stunning tidal river valley sweeps from Rock to Padstow, incorporating beaches such as Rock, Polzeath and Daymer Bay. The Camel Trail is a picturesque way to explore the area and further afield. 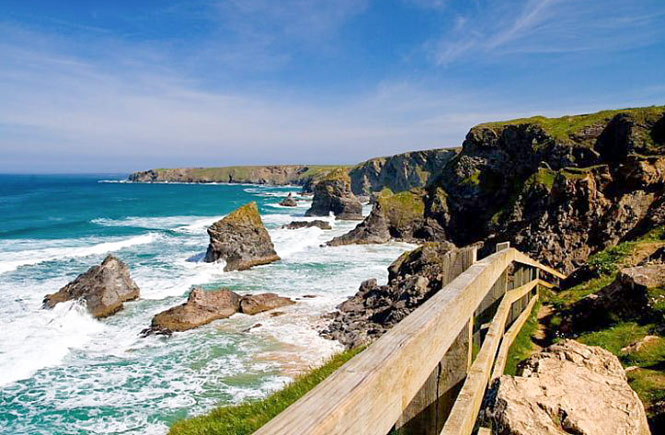 Starting at Cligga Head east from Perranporth and reaching as far as Porthtowan, this area combines coastal destinations such as Trevaunance Cove, Chapel Porth and St Agnes with the Cornish Mining World Heritage Site of Wheal Coates and a Special Area of Conservation at Penhale Sands. 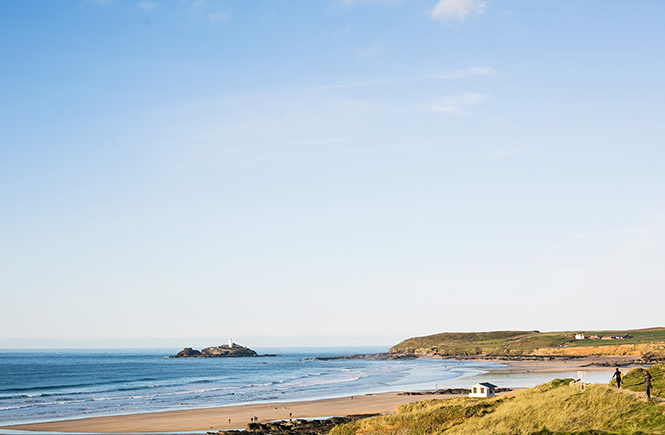 The rugged stretch between Portreath and Godrevy Point and its famous island and lighthouse overlooking St Ives Bay incorporates high cliffs with tiny coves such as Hell’s Mouth, which is home to a seal colony and staggering coastal views. The Red River and Tehidy Woods Country Park comprise the postcard pretty hinterland.

Encompassing swathes of the far west’s peninsula, from St Ives to Zennor, Cape Cornwall, Sennen and Land’s End round toward the southern side of Porthcurno, Lamorna and Mousehole, a plethora of places make up this area. Explore secret coves, harbour villages, stretches of white sands, Cornish World Heritage Mining Sites, ancient sites, gardens and villages scattered across the moors. 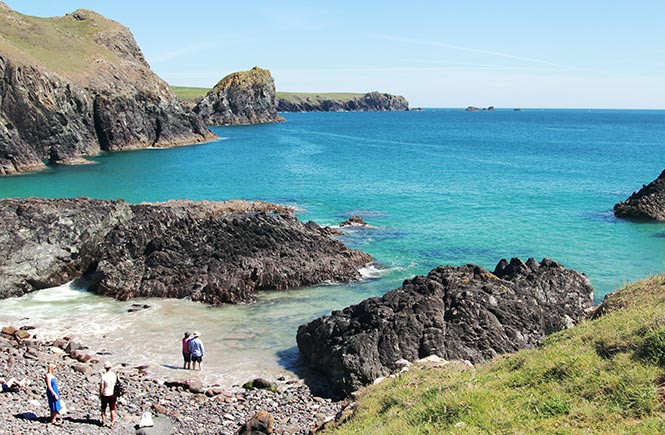 Marking the move from Marazion and St Michael’s Mount in the west to southern Cornwall through England’s most southerly point of The Lizard Peninsula, here visitors will find prime coastal locations like Porthleven, magical coves like Kynance and Cadgwith, riverlands at Helford, and National Nature Reserves aplenty. 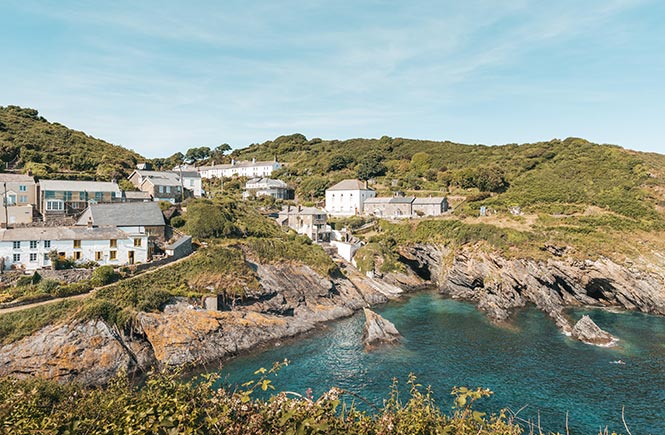 From the staggering Gribben Head inland along the Fowey River to Polruan and the softly sweeping Lantic and Lantivet Bays, this area is replete with unspoilt natural beauty. Further eastward you’ll find Polperro, Talland Bay and the twin town of Looe. 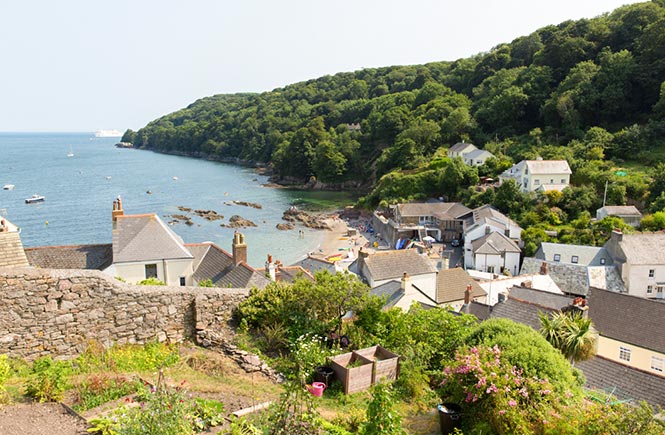 The landmark of Rame Head and its medieval chapel protects the sheltered valley behind, where the treasures of Cawsand and Kingsand are nestled. Mount Edgcumbe County Park proudly sits at the other side toward the Plymouth Sound. 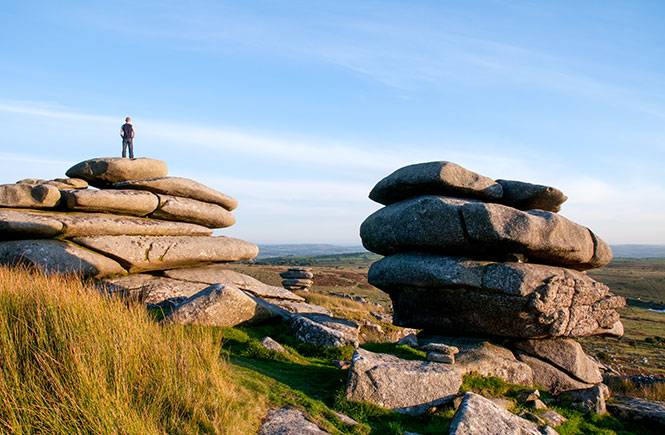 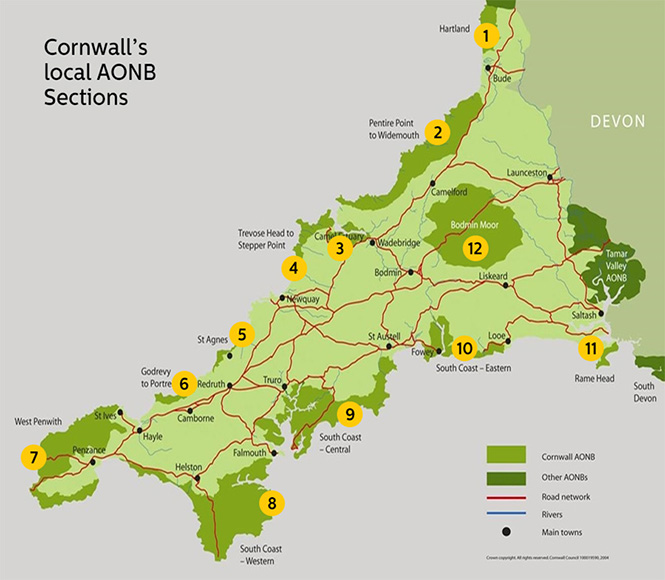 Want to visit one of these Areas of Outstanding Natural Beauty? Start planning a holiday in Cornwall >