Home
>
Blog
>
Places to visit
>
Where to stay in Cornwall

Where to stay in Cornwall

…Because, quite frankly, the choice is seemingly endless. Surfing holiday or country escape? Culture vulture, foodie or festival lover? Seeking somewhere deliciously away-from-it-all to unwind or a hub of activity in order to immerse yourself into the thick of the action?

The brilliance of Cornwall is that it has it all. Flat, facility-laden family beaches, rugged cliff scapes, secluded coves, picturesque rivers, tranquil lakes, historic harbours, dramatic moorland, enchanting woodland…the diverse natural landscape is undeniably one of the county’s most captivating lures. 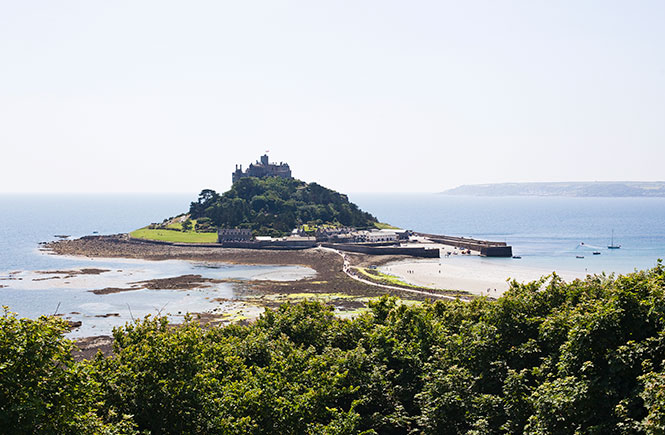 Whether you’re a seasoned visitor wanting to rediscover favourite haunts or encounter new ones, or are entirely new to the country’s southwestern tip – we’ve divided Cornwall into three distinct areas in order to help you pick and choose where to stay or visit during your treasured time in the Duchy. 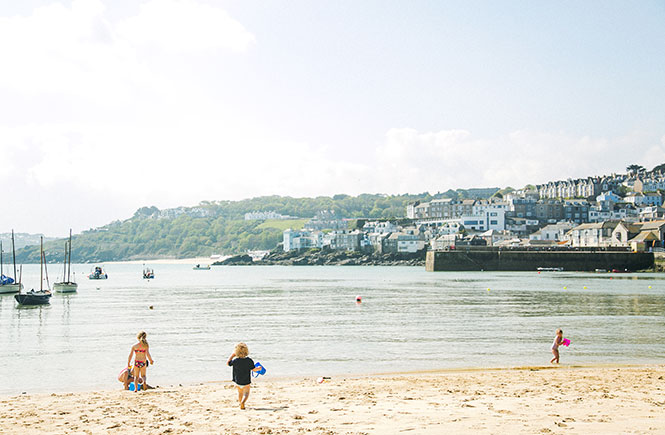 Venture to the end-of-the-line – and land – for one of Cornwall’s most breathtakingly beautiful and remote destinations.

The tropical cove of Carbis Bay peels westward around the point into St Ives, where the Tate, Barbara Hepworth Museum and ubiquity of artist galleries and studios await, along with main beaches Porthminster and Porthmeor (with stunning eponymous beach cafés) and various other sandy offerings. 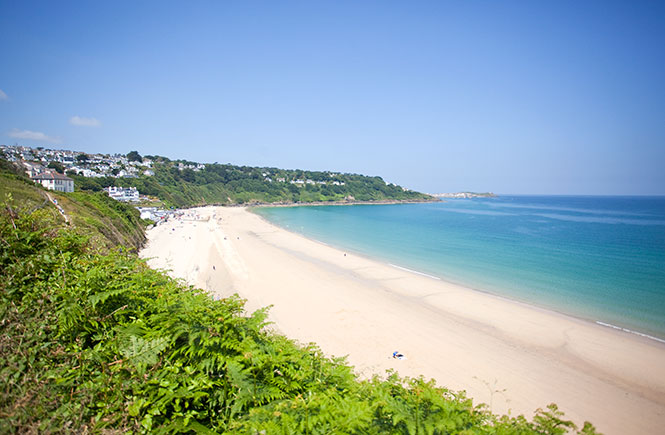 Further west, Zennor is a small village where ocean meets country to spectacularly dramatic effect – the hallmark of the landscape throughout the western peninsula that includes other gems such as Cape Cornwall, Sennen Cove and the most western tip: Lands End.

The southern side of west Cornwall features open-air theatre, The Minack – which presides over soul-stirring views of Porthcurno (home to the National Telegraph Museum), Pednevounder and Logan’s Rock. 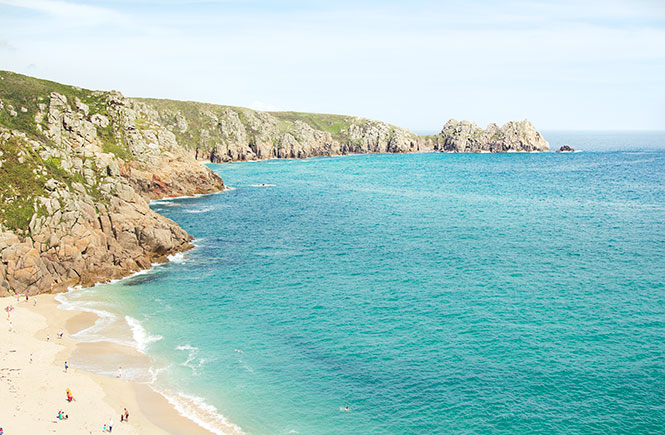 Eastward, you’ll discover the sublime seaside spoils of Perranuthnoe, Praa Sands and Porthleven toward The Lizard (England’s most southerly point) and its bevy of otherworldly beaches, farmland and attractions such as Goonhilly Satellite Earth Station, Gweek Seal Sanctuary and Roskilly’s Farm.

Plus – there are Mesolithic monuments like Lanyon Quoit, Neolithic stone circles such as the Merry Maidens and Iron Age Settlements including Bodrifty Round Houses to delight your inner historian. 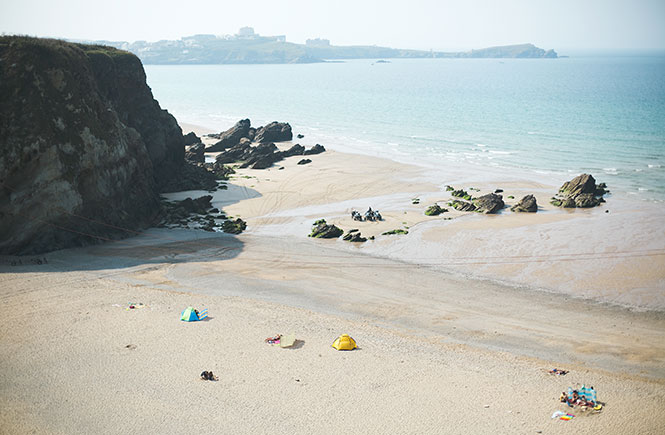 A top-notch tally of things to see and do, stunning natural scenery and beyond-beautiful beaches can all be enjoyed by visitors to north Cornwall.

From world-class surfing spots to traditional fishing towns, north Cornwall can be as adrenalised or kick back as you please. The forty-mile long Atlantic coast covers everywhere between Perranporth and Bude and features sublime havens like Boscastle, Doc Martin’s Port Isaac (where you’ll also find Nathan Outlaw’s Fish Kitchen) and surf mecca, Newquay. 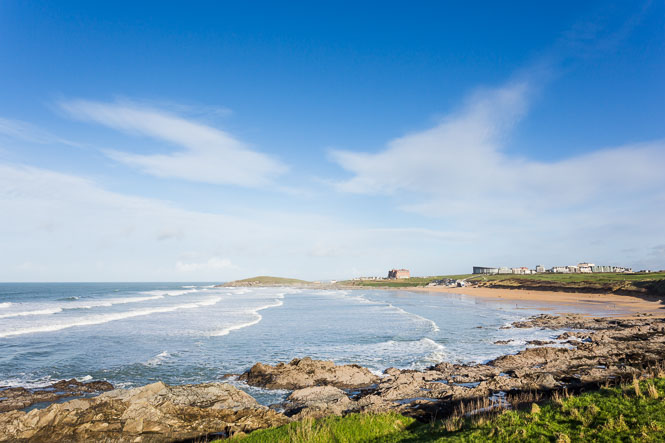 It’s a watersport enthusiast’s heaven, where you can sample everything from surfing and sailing to coasteering, kite surfing, stand up paddle boarding, wind surfing, open water swimming, diving and snorkelling. 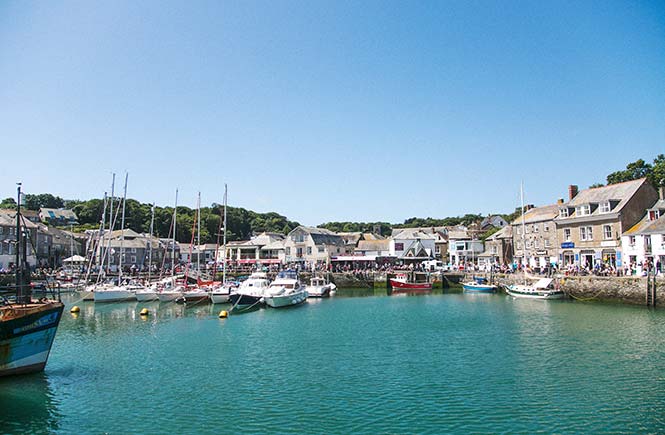 Padstow isn’t simply for foodie favourites’, Rick Stein. Surrounded by a wealth of seaside delights such as Constantine Bay, Harlyon Beach and Trevone; and beyond on the far side of the Camel Estuary, Polzeath and Daymer Bay – the area is awash with waterside pleasures.

Further north, Bude is synonymous with stunning beaches, and also boasts its own sea pool and canal, providing a range of places for a stint of swimming, kayaking, canoeing, surfing and fishing. 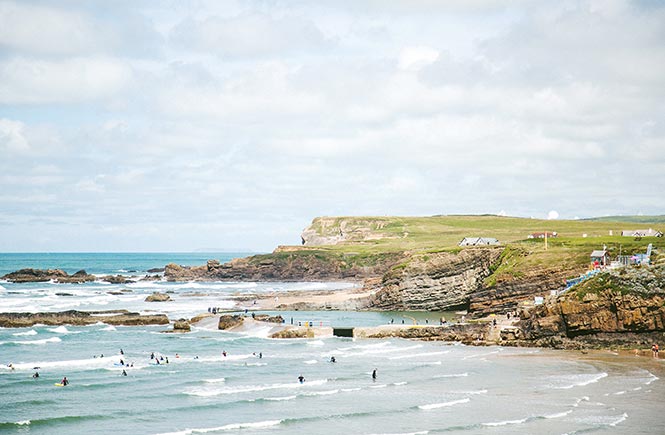 Explore north Cornwall’s countryside by cycling The Camel Trail – a scenic twenty-mile route linking Padstow, Wadebridge and Bodmin; or opt for a cross-country experience courtesy of The Mineral Tramways Coast to Coast route from Portreath to Devoran.

Take the kids to Tintagel Castle for some spellbinding Arthurian legend, to Boscastle’s intriguing Witchcraft Museum, or to see the Bronze Age rock carvings at Rocky Valley in Bossiney. 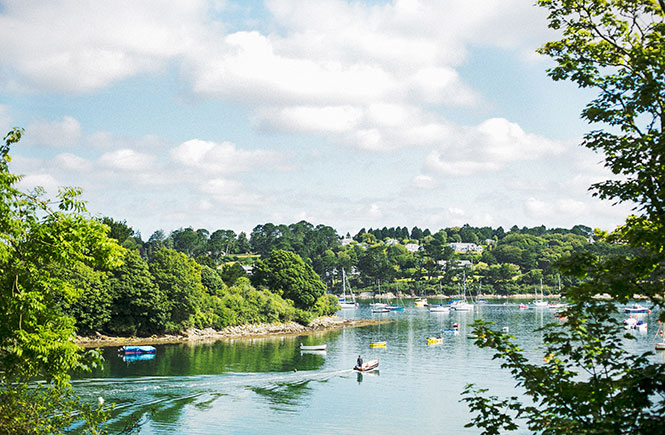 Sub-tropical gardens, sheltered beaches and wooded river valleys spell pure relaxation and natural beauty. Dubbed the Cornish Riviera, the south of Cornwall is designed for everyone from fun-seeking families to escapist couples with a smattering of picturesque villages, bustling towns, famous attractions, and mile upon mile of stunning white sands.

The beaches are equally as impressive, comprising Gyllyngvase Beach, Swanpool, Maenporth, Castle and Tunnel, all of which present a fabulous range of leisure, dining and watersport options.

Up the coast, St Mawes sits in the scenic Roseland Peninsula, offering a quintessentially Cornish fishing village experience along with a palpable sense of exclusivity – largely due to its popular yachting scene; while further east, Mevagissey is a working fishing port idyll and the perfect place to relish the charms of a slower pace of seaside living. 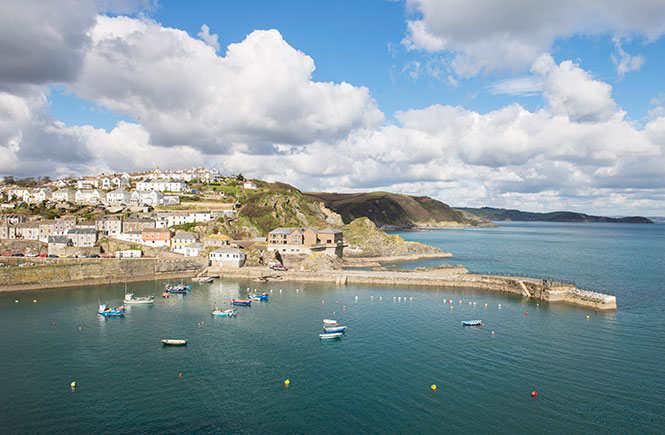 Travel to Fowey and its famous harbour via the ferry from Mevagissey for another stunning waterside retreat and plethora of nearby seascapes such as Lantic and Lantivet Bays, Polperro, Talland Bay and Whitsand Bay.

Further east, the twin town of Looe is divided into East and West by the river: a destination that not only offers a duality, but multitude of scenes. Soft sloping hills frame the beautiful working harbour, which offers a diversity of things to see and do including walking, shopping, dining, beaches, watersports and boat trips.

For a true escapist vibe, take an excursion to Looe Island’s marine nature reserve, which is located just a mile offshore and comprises a stunning haven packed with for woodland walks, caves, beaches and a natural swimming pool.

Alternatively, embark upon The Rail Ale Trail – a train tour from Liskeard of Looe Valley’s real ales along the wooded East Looe River; or head inland for a range of outdoor activities across one of Daphne Du Maurier’s literary inspirations of Bodmin Moor for walking, hiking, cycling, horse riding and watersports at Siblyback Lake.

Have a look at our Holiday Cottages in Cornwall.