Home
>
Blog
>
Food and Drink
>
Dining out in Port Isaac

Dining out in Port Isaac 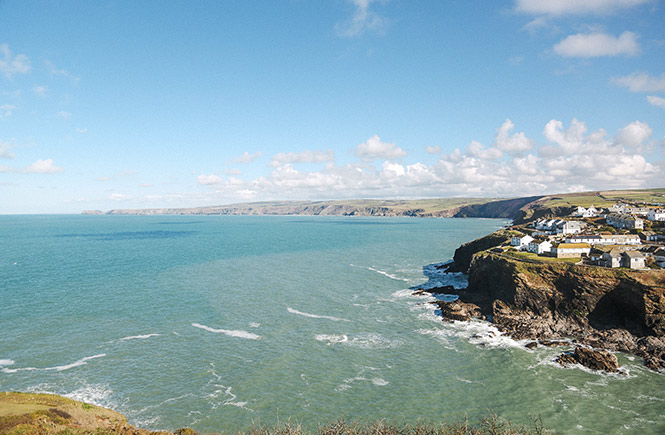 Anyone who has visited will agree: Port Isaac is the epitome of pretty and picturesque. The petit seaside fishing village lies on Cornwall’s idyllic north coast and beyond its Doc Martin ties and exotic vibe, there’s another reason why it’s such a hot holidaying destination – its food.

Nestled between two other Ports (Quin and Gaverne) and jutting out into the Great Atlantic means that the fish and seafood menus are as fresh and locally sourced as you can get; and with the stunning rural interior providing a plethora of other homegrown ingredients, whether you’re a foodie or simply fancying a tasty supper – you can take your pick from the area’s top culinary offerings.

Replete with everything from wonderfully traditional pubs to quirky cafés and fine dining restaurants, Port Isaac’s dining scene is certainly something to savour.

Here’s a small selection for starters… 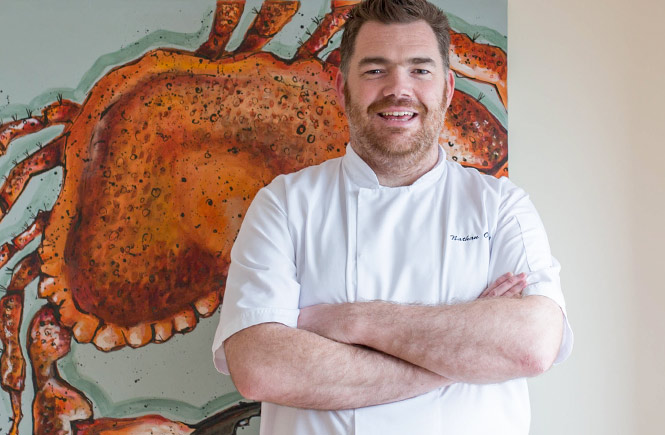 Proud to allow the day’s catch to dictate the menu, sustainability and quality are the keynotes of Nathan Outlaw’s renowned seafood restaurant. Cooked to order, the dishes not only represent Outlaw’s Michelin starred skill, but are designed to give diners an unparalleled eating experience where flavour comes first.

Imagine starters such as raw Porthilly oyster or smoked cod’s roe dip and flatbread followed by a seafood plate of pan fried grey mullet, crispy squid or cured monkfish with a side of shoestring potatoes or tenderstem broccoli. 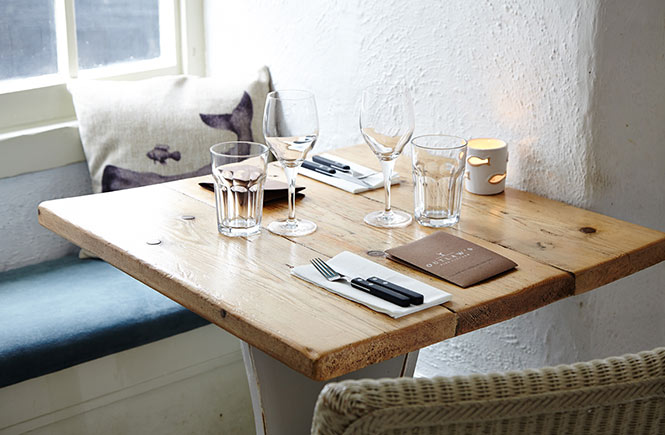 Boasting a bevy of accolades including 2 Michelin stars, 4 AA Rosettes and 4th in the Good Food Guide 2016, the restaurant not only offers stellar credentials, but seafood tasting menus, vegetarian and set lunch menus to-die-for.

Caught by day boats off the nearby north Cornish coast, tuck into multiple miniature courses of cured brill, celery, watercress and apple; turbot, winter vegetables and green dressing; and bass, hispi cabbage and Porthilly sauce rounded off by a slice of spiced quince and hazelnut tart. 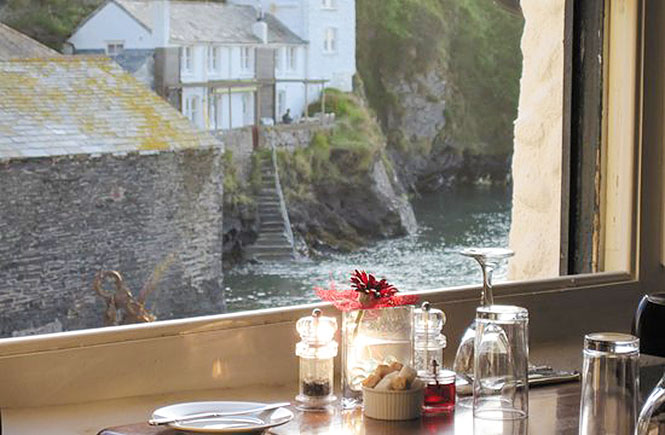 Housed on two floors of a 16th century harbourside building, The Mote offers waterside dining of the most-wanted variety. With menus crammed with seasonal, local and fresh foodstuffs – their lobster is literally caught in seas that lie 20 yards away – taste is supreme. 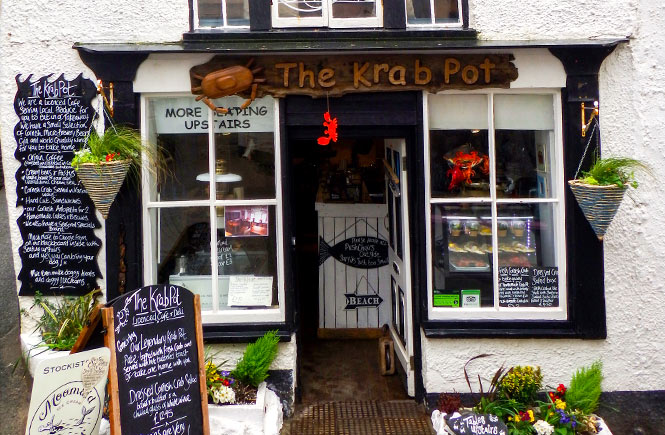 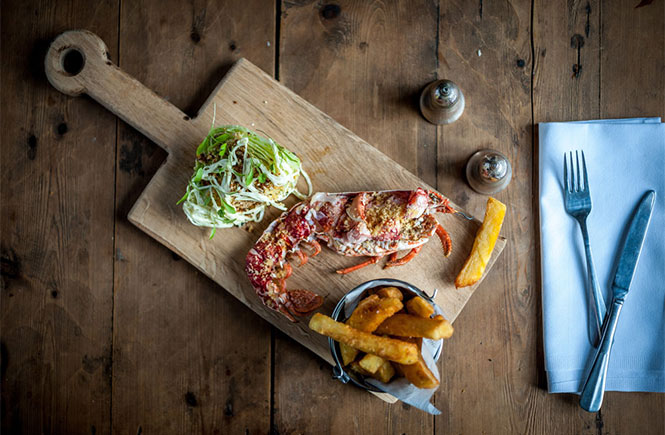 A short stroll round the corner from Port Isaac you’ll find one of Port Gaverne’s premier dining spots. Fresh-from-the-farm, foraged-first-thing and just-landed fish is the order – and menu – of the day at this charming 17th century coastal treasure.

Your taste buds will be royally treated by any of their divine dishes – think baked cod tagine, egg and lentil curry, barbecue-glazed belly pork and grilled Port Gaverne lobster accompanied by rapeseed mash or triple-cooked chips. Finish with the fabulous likes of baked rice pudding, chocolate and ale cake or set elderflower cream.

Or tear yourself away a short while for a nearby dining gem:

Paul Ainsworth at No.6, Padstow