7 cool and unusual things to do in Cornwall 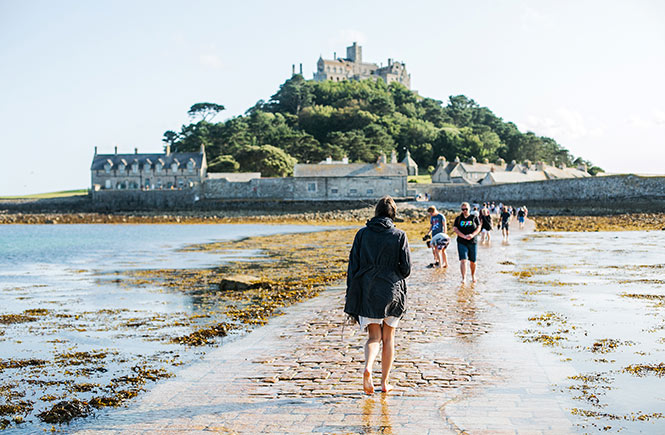 We all know Cornwall is famed for its beaches. Then there’s its gardens, top-notch restaurants, host of attractions and gorgeous green spaces too. But if it’s something a bit different you’re looking for during your stay, then we’re also home to a variety of quirky places and activities to add to your to-do list.

Though there’s a tally of cool things to see and do throughout Cornwall, we’ve whittled it down to just seven to whet your holidaymaking appetite...

Go to the biggest... 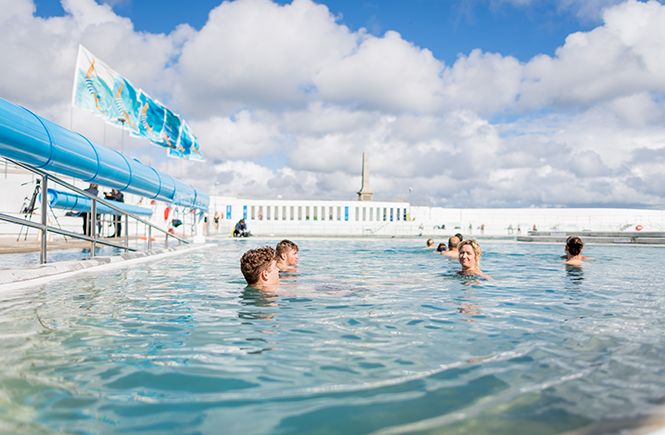 ...greenhouse and indoor rainforest, the Eden Project: an ecological and innovative must-see where you can also whizz along the country’s longest and fastest zipline.

Or if you fancy taking a dip in the UK’s largest seawater lido, head to The Jubilee Pool in Penzance, where you’ll also discover a groundbreaking geothermal pool, the first of its kind in the UK.

Explore Cornwall with a safari 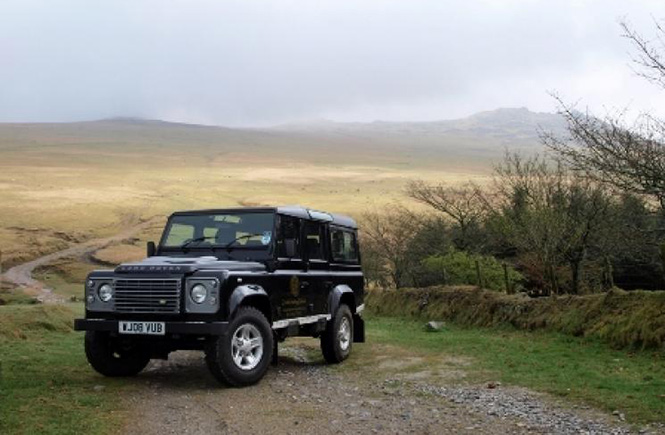 Though you won’t see the ‘big five’, you will be able to take in the rich and diverse historical landscape with Cornish Heritage Safaris, whose range of off-the-beaten-track trips will transport you in style to a variety of destinations, from King Arthur tours to Poldark, Doc Martin, Bodmin Moor, and Truro, The Roseland and its jaw-dropping riverscapes. 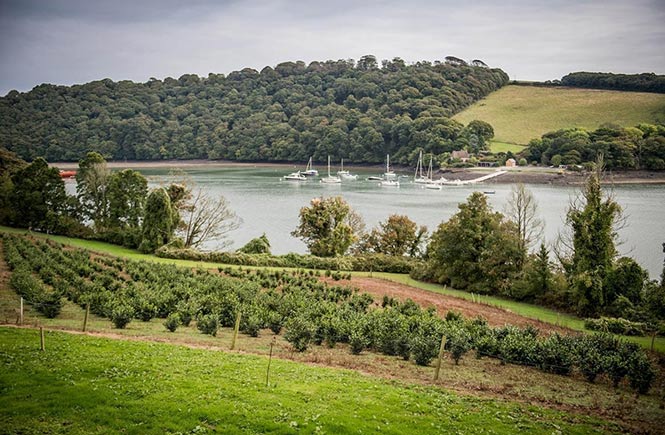 Other one-offs include the National Lobster Hatchery in Padstow, The Museum of Witchcraft and Magic in Boscastle – home to the world’s largest collection of witchcraft related artefacts, and the UK’s only china clay museum at Wheal Martyn.

See an outdoor show on the cliff edge 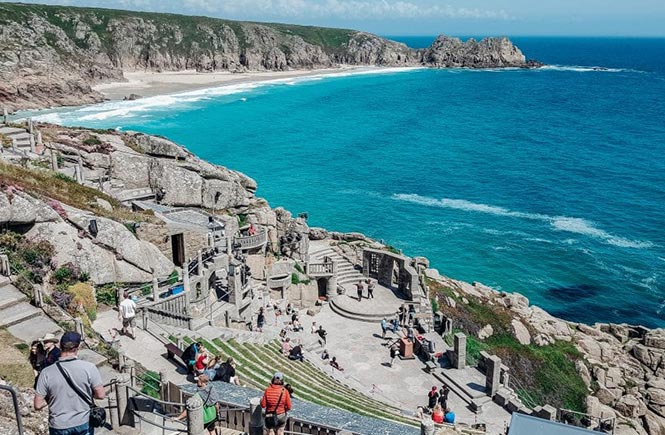 Where else can you combine entertainment with heart-stopping views of the Atlantic while perched on a theatre built into the cliff-side than at the iconic outdoor marvel of the Minack Theatre?

Other unique alfresco events and adventure await with Rogue Theatre in Tehidy Woods, and Asylum at the Lost Gardens of Heligan.

Visit a castle (or a cavern, or a pit) 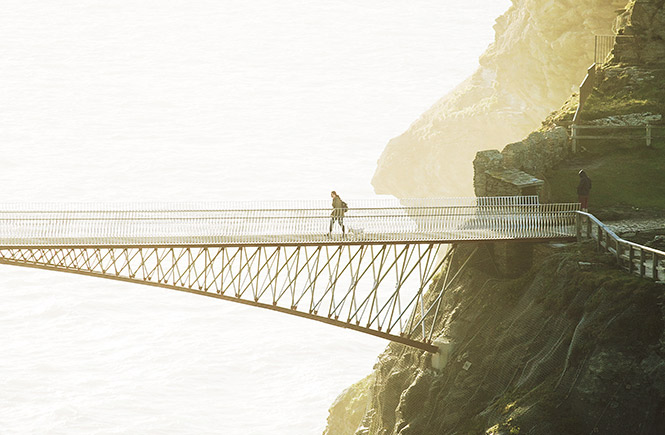 Cornwall is chock with castles that you won’t find elsewhere, from the world-renowned St Michael’s Mount sat atop a tidal island to Falmouth’s harbour mouth twins of St Mawes and St Pendennis Castles, the rural splendour of Caerhayes and Restormel Castles, and seaside spoils of Tintagel Castle and St Catherine’s Castle. Meanwhile, at Carn Brea Castle you can dine out in inimitable style while gazing out across Cornwall’s industrial centre. 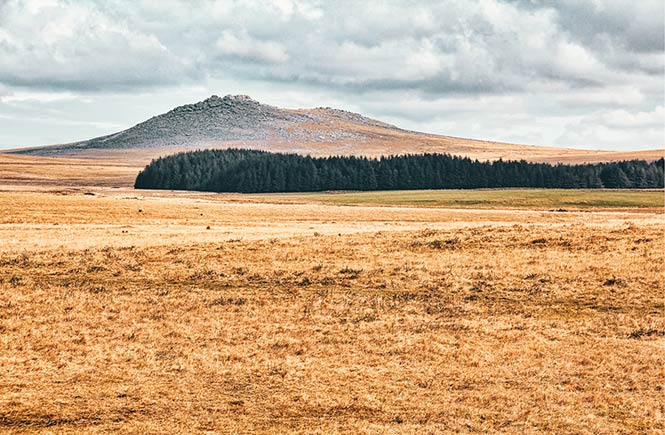 Pay a visit to the famous films’ namesake, Minions, or perhaps you might want to hike the summit of Cornwall’s highest peak, Brown Willy? Take a tailor-made tour of Cornwall’s uniquely named places for an itinerary that explores the hidden beauty of places such as Greensplat, Skinner’s Bottom, Booby’s Bay and Ventongimps for a memorable adventure and talking point when you return home. 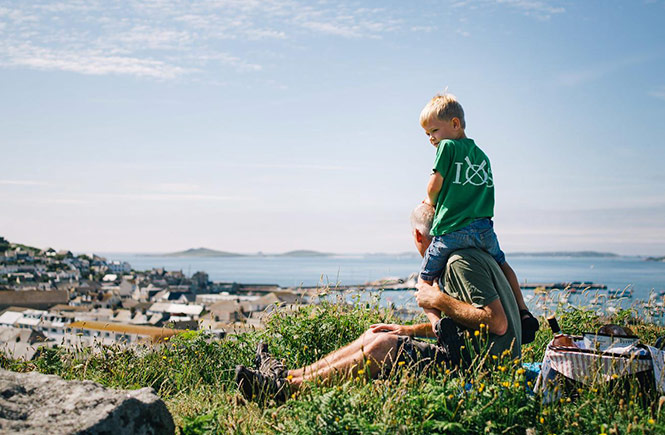 Situated just 25 miles of the far western tip of Cornwall sits the exotic realm of the Isles of Scilly: an otherworldly archipelago reachable via helicopter of ferry from Penzance, meaning that you don’t have to travel for days to reach far-flung shores that redefine the word escape in true paradisiacal style. Your own mini-Maldives nestled off the Cornish coast? You can’t get much cooler than that.

Browse all our holiday cottages in Cornwall >