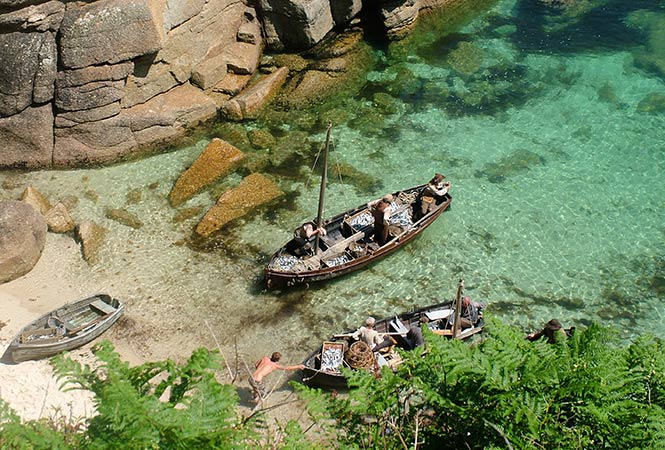 If (unlike me) you can divert your gaze beyond the rugged beauty of Ross Poldark himself, viewers of the BBC hit programme may notice an even more striking star of the show: Cornwall.

From ancient myths and legends to Winston Graham’s mining-novels-turned TV-phenomenon, Cornwall has a long held literary and big screen tradition.

An array of directors from Alfred Hitchcock (Jamaica Inn) to Charles Dance (Ladies in Lavender) have been drawn to the diverse landscapes and awe-inspiring backdrops for a host of hit productions that have graced the silver screen and helped mark the far western fringes firmly on the map.

And it doesn’t take a genius to figure out why. Craggy cliff lines, exquisite oceanic expanses, sprawling wild moorlands and a rich cultural heritage have provided a soul-stirring setting for everything from Rosamunde Pilcher and Daphne du Maurier adaptations to Doc Martin and James Bond.

Poldark is the latest series to have set the swoon factor to an all-time high not only due to its easy-on-the-eye hero, but for its jaw-dropping locations.

Showcasing the county’s stunning natural surrounds and World Heritage Site mining history, the production was filmed at a series of locations that visitors can discover as they follow in the footsteps of Ross and company in a Poldark-themed tour du jour of Cornwall… 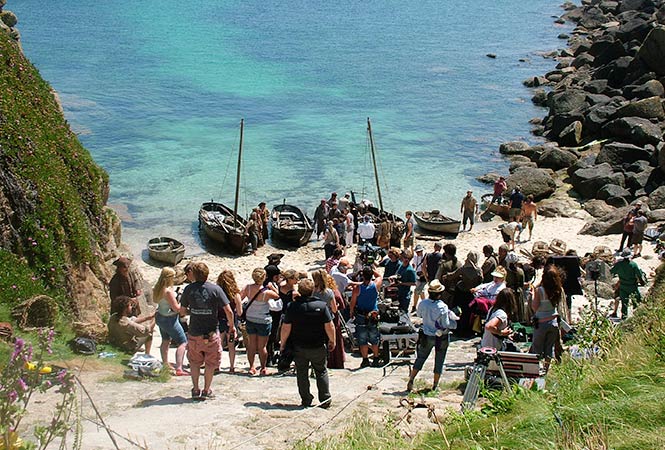 It may not get more quintessentially Cornish picturesque than Porthgwarra.

From the iconic Minack Theatre in Porthcurno and Logan’s Rock near Treen to Sennen’s surfing beaches and Lamorna and Mousehole’s uber pretty harbour villages, the area is awash with things to see and do.

Meanwhile, the nearby towns of Newlyn and Penzance provide the perfect bolthole to discover the area and its offerings, presenting a plethora of art galleries, restaurants, shops and landmarks like St Michael’s Mount to explore.

View all our cottages near Porthgwarra > 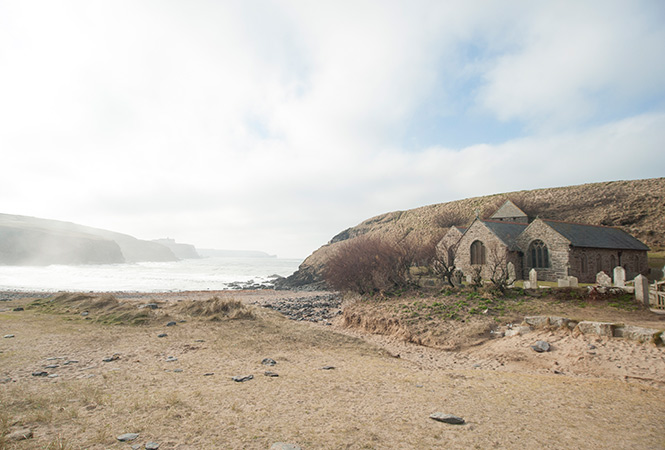 The Lizard is located at the country’s most southern tip and is replete with rolling countryside and farmland, crystalline coves and gorgeous silken sands.

The beach at Church Cove was the setting for Poldark’s shipwreck scenes, which was especially apt considering the shipwreck history of both it and neighbouring, Dollar Cove – so named for the silver coins spilled and washed up from ships who met their fate on the rocks.

A stay in nearby Mullion or Porthallow will allow you to experience this designated National Character Area, from ice cream and nature trails at Roskilly’s Farm to some sublime escapism at Kynance Cove.

View all our cottages near Church Cove > 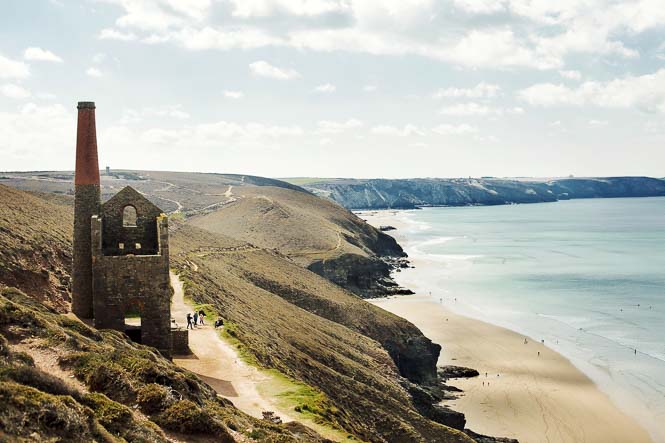 Home to some of Cornwall’s most renowned mining buildings including Wheal Charlotte, Wheal Coates and Trevellas, St Agnes Head offers unrivalled mining landscape along with an abundance of wildlife. 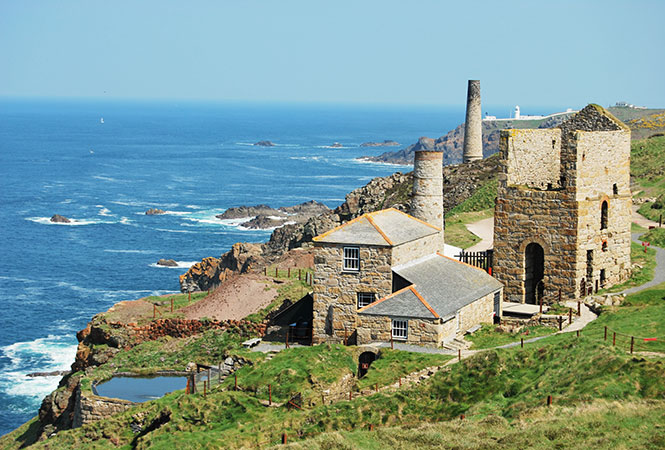 The stretch of coastline and mining landscape near St Just in west Cornwall is packed with remnants of the county’s industrial past.

Wheal Owles and Wheal Crowns near Botallack were used to depict Ross Poldark’s mine, Wheal Leisure; while the restored engine houses of Levant Mine near St Just were perfectly placed to portray the Tressiders Rolling Mill.

Networks of walks along the coast will not only take you to these historic locations but will lead you toward some seriously scenic chocolate-box villages and hamlets that invite a very spoil-worthy stay.

View all our cottages near Botallack >

Pick a base in Pendeen, St Just, St Buryan or Cape Cornwall and embark upon your search for Captain Ross across granite cairn and gorse-strewn Cornish hedgerows.

With confirmation of a second series being filmed here in September this year, you might be lucky enough to spot Poldark himself…I might even see you there…

View all our cottages in Cornwall >