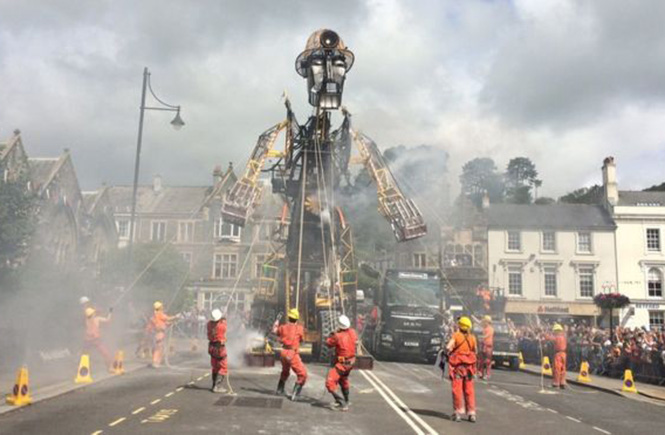 What’s 4.5 metres high, weighs nearly 40 tonnes, and will be travelling 130 miles down the granite spine of Cornwall over the coming fortnight? Only the biggest, maddest, mechanical puppet ever to have been built in Britain, that’s what. The same size as your average double decker bus when crawling, this beast of a contraption ‘transforms’ into a giant Tin Miner, towering at a staggering ten metres high when standing. Part of an innovative project devised to help celebrate ten years of Cornwall’s unique mining landscapes being designated a World Heritage Site, this ‘Tinth’ anniversary Man Engine colossus will be coming to a ‘bal’ (mine) near you.

Months and months of preparation, alongside detailed research into Cornwall’s unique 4000 year-old mining past, and a special education programme rolled out to deliver a series of practical hands-on workshops at schools around the county, as well as blood, sweat, sparks and tears, has gone into constructing this sensational behemoth. But now the long wait is over. After countless hard days and nights of hammering, grinding, welding and bodging, in a top secret location, somewhere in the wilds of Kernow, the big reveal is nigh. Huzzah! 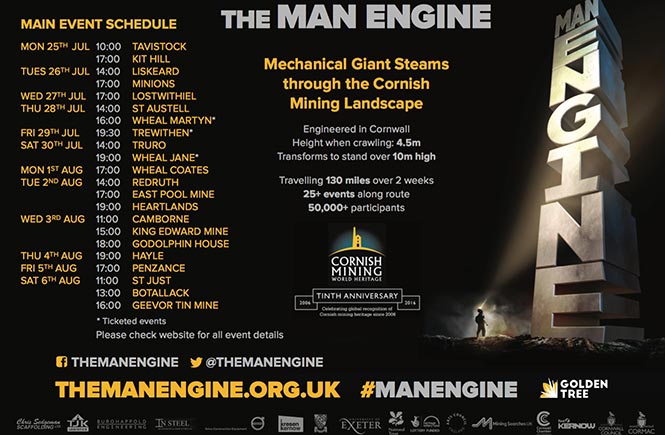 The countdown has begun as the Man Engine’s epic journey is set to lift off at Tavistock on Monday July 25th, where he will be unveiled for the very first time. Hundreds of voices singing and chanting the ‘Haka Balweyth‘ (a powerful call and response mining chant) will rouse the Man Engine from his sleep. Here, in the town’s square, he will transform to his full height, no doubt astonishing the gathered crowds, and bamboozling low-flying birds, before taking his first tentative steps on this historic pilgrimage of discovery through the Cornish mining landscape.

But don’t worry if you miss it, as dozens of celebratory events are being staged along the Man Engine route, ensuring thousands of people, young and old, have the chance to learn more about, and get excited by, Cornwall’s rich industrial heritage. Because wherever you come from, rest assured our mining culture shaped your world. From the dazzling mineral treasures dug up from the deep (Copper, Tin, Arsenic, Lead, Zinc, Silver) and exported far and wide; to the skilled Cousin Jacks who left their Cornish homes to seek their fortunes, providing essential know-how and labour at the bottom of every hole from South Africa to Mexico; to the great Cornish inventers like Trevithick, Woolf, Bickford and Davy who revolutionised mining, transport, science, engineering and industry. 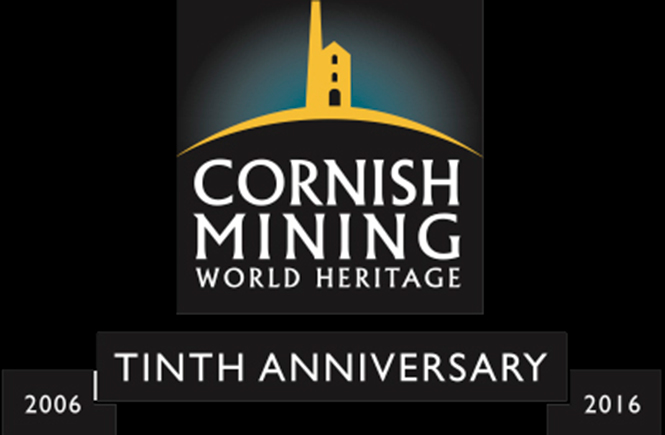 So not only are Cornwall’s engine houses, miners’ cottages, and miles of labyrinthine underground tunnels considered equally as important as the Taj Mahal and the Great Wall of China, it’s also a place of groundbreaking innovation and progress, and why the Man Engine project also highlights the successes and struggles of the real people whose lives helped carve out the Cornish Mining Story.

The original Man Engine was an ingenious contraption incorporating moving rods and platforms to shunt miners up and down the working levels instead of climbing long ladders – exhausting and hazardous in equal measure. The first one installed at Tresavean Mine in Lanner in 1842, halved journey times up and down the shaft, and increased mining output by a phenomenal 20%. It wasn’t without its dangers though, due to the potential for mechanical failure. In 1919 a metal bracket at the top of the Man Engine in Levant Mine broke, sending heavy timbers crashing down the shaft, and killing 31 men. Calling the project the Man Engine reflects the triumphs and tragedies that go hand in hand with how Cornish miners won precious metals from the hard rock, and the sheer guts and determination they needed to do so.

A project imagined and created by Golden Tree, a trailblazing production company celebrating Cornish culture’s distinctiveness and diversity, they’re extremely proud of their Man Engine baby, which has been Gwrys yn Kernow, engineered in Cornwall. And rightly so. Artistic director Will Coleman is well-known for his absorbing storytelling, highly entertaining short films, engaging theatrical productions and community performances, not to mention brilliant pipe playing. With a passionate interest in Cornish language and traditional music, it appears he’s pretty handy with a TIG welder and a spanner too. So expect the Man Engine appearances to be top notch, with many of the events having extra activities and entertainments scheduled in, as well as food outlets available, to keep all the family happy. 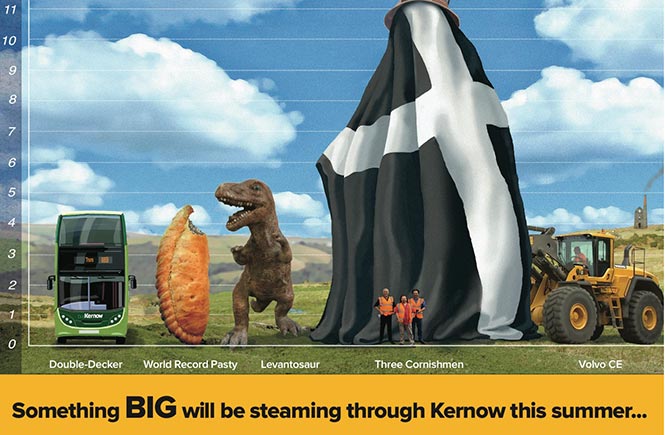 Keep an eye out for the Mining Wagons too, designed and built by local schools and businesses to bring to life a specific mining location’s story. The Penzance Wagon, brainchild of Joe Grey, proprietor of the infamous Shiver Me Timbers reclamation yard, is a beauty. Part ship, part steam engine, part fire-belching monster, there are levers and cogs, funnels and bellows, pulleys, wheels and bottles of bubbling chemical experiments to make Sir Humphry Davy squeal with delight.  And be sure to join in with a chorus or two of song, as this is what powers the Man Engine. He doesn’t eat coal, or pasties, it’s singing that fuels his metal bones.

He’ll be passing through Redruth, East Pool Mine and Heartlands on August 2nd, Camborne, King Edward Mine and Goldolphin House August 3rd, and steaming into Hayle’s Foundary Square on August 4th. Friday August 5th, Penzance will be hosting a whole day of special events in honour of the Man Engine’s visit. Things get off to a speedy 10am start with a crazy ‘mine cart’ soapbox derby right down the main street. Competitors have been feverishly constructing their vehicles for weeks, and there’ll be thrills and spills a-plenty. Town Trails, music, street food, a Heritage Hub and kids Creation Station will keep you enthralled until the Big Man himself arrives at 5pm. Locals and visitors alike are encouraged to dress up Steampunk-style. Think Victoriana meets sci-fi, goggles and gadgets, clocks and cogs and wackiness. Or come as a miner or Bal maiden. In the evening, the Promenade will come to life with more music and merriment, everyone welcome.

Then on August 6th it’s the end celebration at Geevor Tin Mine. Two weeks and 130 long miles from Tavistock, the rumbling, grumbling man-machine will be stoked, fired, and piston-pumped to the edge of the county’s westernmost cliffs for the grand finale. There’ll be feasting, bunting, a carnival atmosphere and more singing!  The Man Engine will rise up one last time to become a ten-metre tall Cornish Miner, and no doubt a few glasses raised to mark this incredible achievement.

To keep abreast with the Man Engine’s journey, find out about events happening, and dig deeper into Cornwall’s mining heritage, visit the Man Engine website

To help fund the project, which includes ambitious touring plans for the future, please add your name to the list of generous supporters here: crowdfunder campaign.

Have a look at our cottages around Cornwall here >