We are pleased to share that we have donated £500 to Ghostnetbusters to fund the repair of their 4x4 tailgate, which enables the removal of large masses of fishing nets from beaches.

Recently on a morning dog walk at her local beach, Praa Sands, Rosita from the team and her partner were horrified to discover an enormous mound of tangled fishing nets close to the shoreline. Measuring several metres in length and indescribably heavy when lifting just a corner, it was clearly an impossible task to drag it off the beach.

Fortunately, after making contact with Rob from Odyssey Innovation, they were put in touch with Ghostnetbusters, a wonderful group of volunteers from different marine organisations, who come together to retrieve ghostnets when reported on Cornish beaches. 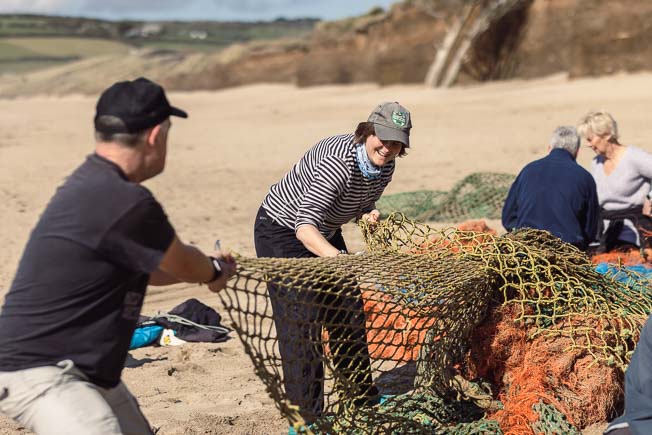 In less than an hour, more than ten volunteers arrived at Praa having received an alert about the ghostnets. The group worked tirelessly for the afternoon to break up the heap into manageable pieces and drag it up to the entrance. It was a heartwarming community effort as passersby also stopped to lend a hand, including people visiting on holiday and tradesmen working nearby. There were even some four-legged helpers! 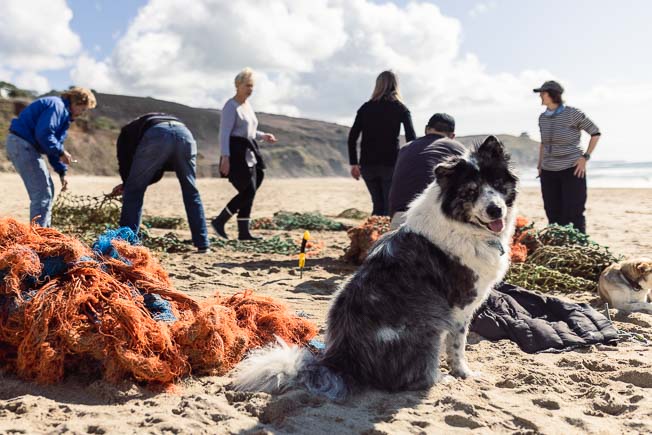 When the entire mound was finally off the beach, members of the group loaded up a couple of pickup trucks to transport the ghostnets away to their net holding facility to later be recycled through a net regeneration scheme. For some of these cases, Ghostnetbusters use a tractor and trailer to lift the large masses of net and safely remove them from beaches. However, some spots, like Praa Sands, have limited access, making it an even more manual and labour-intensive task!

In a recent clean up, the 4x4 tailgate was put under such tension from the weight of a net being loaded onto it from a telehandler that it snapped. We are pleased to have funded its replacement and to hear that another Cornish business Hawkins Motors also stepped in to help, donating their time to carry out the repair, so the group can continue their fantastic work to protect our oceans. 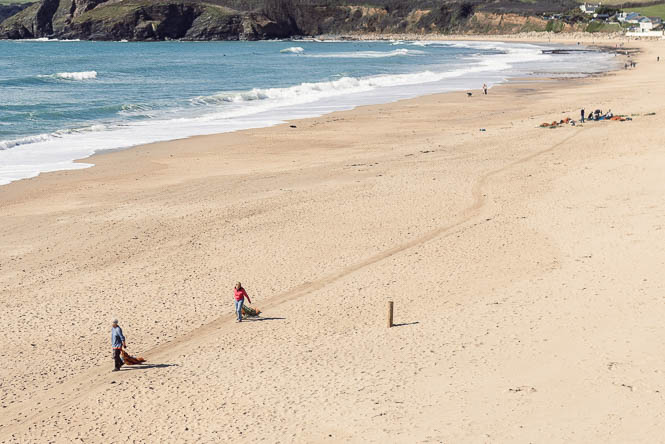 One of the organisation’s co-founders and Blue Health Coach, Lizzi Larbalestier, said “it was great that Rosita and Tom acted so quickly when they found the net at Praa as these ghostnets can easily wash back out before we get chance to recover them”.  She added “the team are hugely grateful for the donation Aspects have made to fix their ghosetnetbusters 4x4 tailgate”, describing the truck as “an invaluable work-horse, being put to regular use transporting recovered nets and rescued seals around the shoreline of Cornwall”.

She invites the whole community to get involved in marine conservation, whether it’s adding your name to receive alerts when ghostnets are washed up on your local beach, becoming a trained marine mammal medic with British Divers Marine Life Rescue (as many of their volunteers are), or doing beach cleans and spreading the word about keeping our ocean healthy. Keep an eye on Ghostnetbusters’ Facebook page to see what they’ve been up to and how you can help. They can also be contacted via Instagram if you find a large net on shore that needs to be recovered. 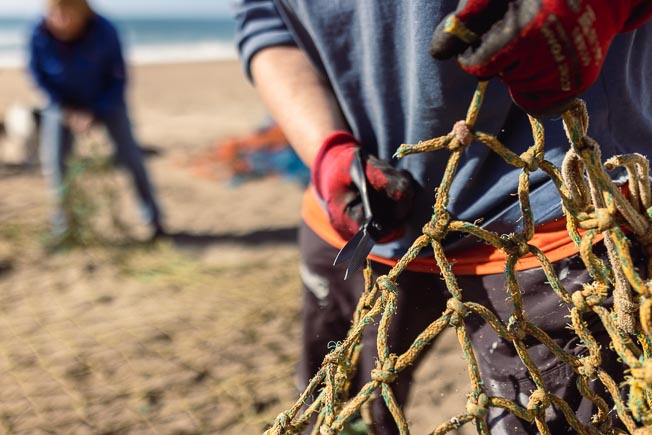