Foraging in Cornwall with Rachel Lambert 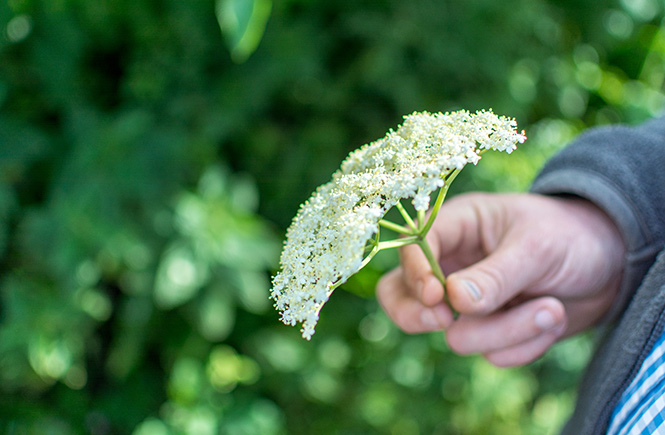 Foraging in Cornwall is an up and coming trend, with more and more people intrigued by the huge variety of Cornish plants around our coastline that can be picked and used in their next culinary experiments. Lots of people are familiar with picking local blackberries in hedgerows near their homes, but taking it to the next level can be a bit daunting. Rachel Lambert has been leading walks, courses and gourmet experiences in Cornwall and the Isles of Scilly since 2007, and we were delighted to be invited out on a foray at one of our local beaches, Gwithian. 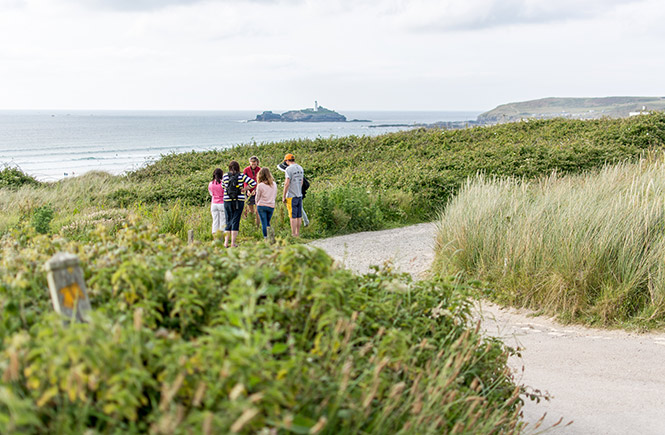 We met at Gwithian car park, and after a brief introduction on what to expect, we set off adorned with cameras, notepads and bags to store our foraged finds.

The first plant we searched for was Elderflower; abundantly found and easily recognisable. Down a small pathway not far from the car park, Rachel introduced us to this large bush, and showed us the main points for identification; large umbels of small cream flowers, serrated leaves in clusters of five, and knobbly branches.

Just around the corner from the Elderflower we were met with hordes of small yellow flowers, looking very much like rapeseed to our untrained eyes. We were encouraged to smell and taste the small clusters of flowers and the dark green leaves to see if we could guess the species; some of us took more than others, which was evident by the facial expressions! 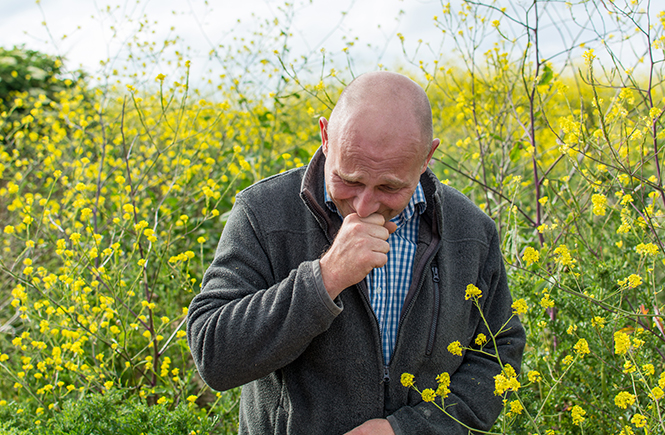 The flowers were in fact Black Mustard (named after the colour of the seeds) and upon tasting we were greeted with a rather strong mustard flavour that quickly made our eyes water. The flowers can be identified by the almost  ball shaped clusters, with each flower having four petals. The leaves can be rough to the touch and have an irregular shape. Both the leaves and flowers are edible, and are best used in salads or as a leafy green, or as a garnish to beef dishes. It can be cooked, but loses some of the heat (which may or may not be a bad thing!). The seed pods can also be harvested, but according to Rachel is a very time-consuming activity, so the foliage/flowers are preferred.

Next stop on our foraging journey was the beach, but en route we were introduced to a poisonous plant; Hemlock. Although Rachel focuses on edible plants, sometimes she includes poisonous lookalikes to ensure her participants don’t make fatal mistakes and are aware of the differences between edibles and non-edibles. 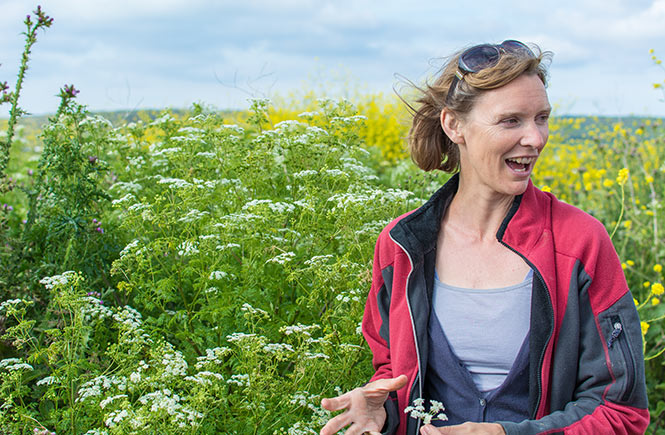 Wild Mint is common where found; it isn’t a particularly coastal plant, though we found lots near the sand dunes. If it is growing wild, you’ll probably notice the smell before you see it! The sprigs are perfect for making mint-tea, while the leaves are ideal to use in salads, garnishes and marinades. To keep it fresh for longer, place the stems in water until ready to use! 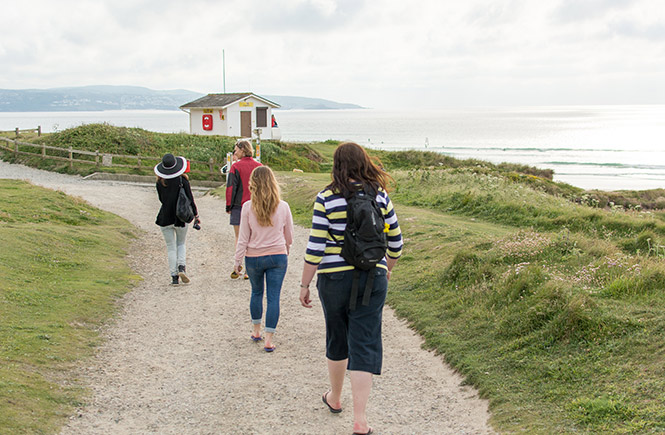 After stuffing our pockets full of mint leaves, we wandered amongst the chalets on the cliff of Gwithian and came across an impressive edible pink flower from the Mallow tree. This small tree produces edible flowers which are ideal for salads and garnishes, and small, nutty flavoured pods named “cheeses”. These small pods are left behind after the flowers die, and can be harvested for use in salads or just to nibble on. 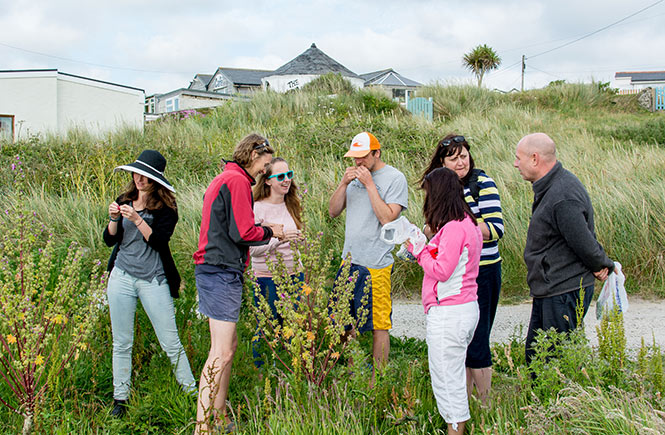 Just around the corner we spotted some sea spinach, also known as sea beet. Many of the group were already familiar with this plant as it is commonly found around Cornwall, specifically on the coastal path. The leaves can be used just as normal spinach is, but the structure is slightly more robust, so the leaves don’t collapse as much on cooking. The leaves are a bright glossy green colour, and the stems can have a red stripe down them. 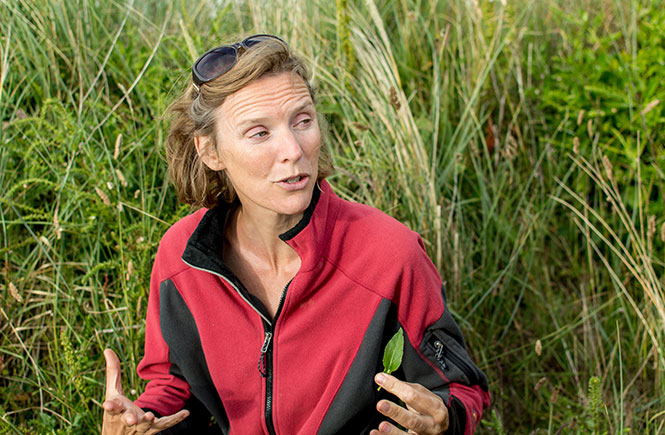 We then headed down on the sand to find some rock pools that were exposed by the low tide. We quickly identified both sea lettuce and gutweed, both of which are commonly found edible sea weeds. Sea lettuce can be eaten raw but frying slightly makes it more tender to use in cooking, and gutweed can be used fresh or dried.

With most of us now keen to put to use our new knowledge, we set off home with our finds to mull over which of Rachel’s recipes we were going to try first! 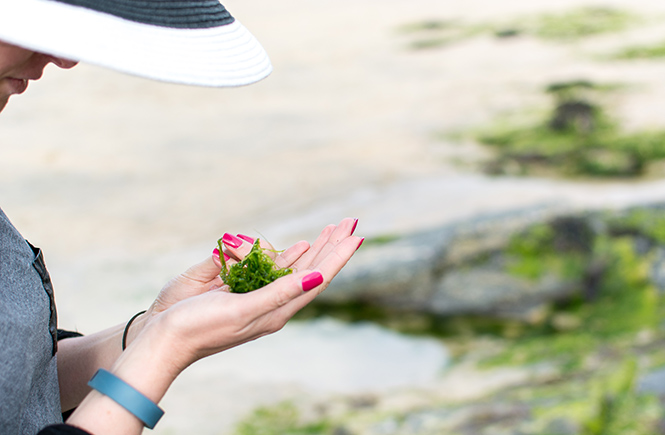 For more information on foraging in Cornwall, visit Rachel’s website: www.wildwalks-southwest.co.uk or facebook where you can buy her guide to foraging, book on a course or request a private foray. 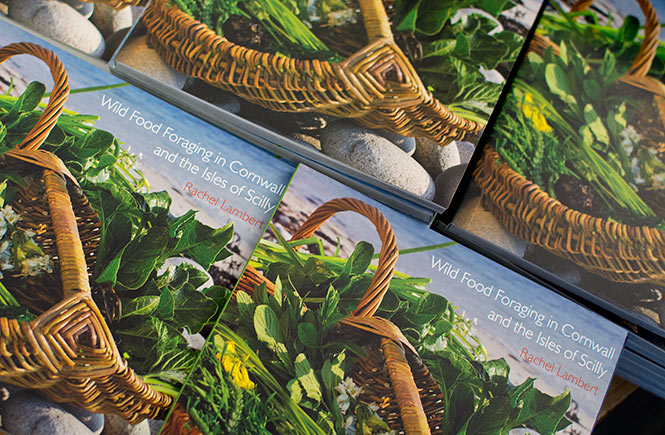 View all our cottages in Gwithian >