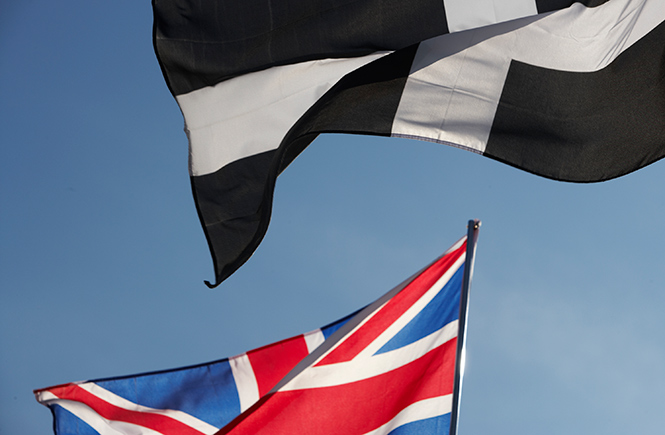 When it comes to industries, most people associate Cornwall with fishing and tin mining, but farming’s always been hugely important to its past, present and future. Celebrating the very best this county has to offer, the Royal Cornwall is one of the UK’s leading agricultural shows, and Cornwall’s biggest annual event. Enjoyed by more than 130,000 people each year, and held at the dedicated showground at Wadebridge over three jam-packed days, this year’s event is on the 7th, 8th, 9th June. 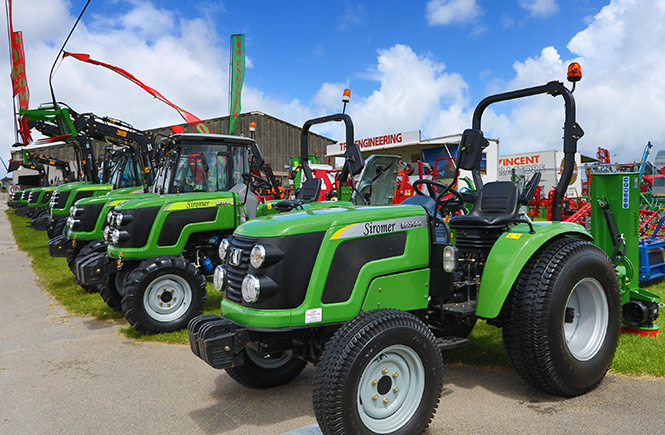 A fascinating glimpse into rural life, the first such show took place over two hundred years ago in 1793. From its humble beginnings as a ploughing match between local farmers, now there are over a thousand trade stands, hundreds of exhibits, dozens of demonstrations and workshops, two live music stages, a festival of dance, quirky street theatre acts, plus an exciting programme of main ring thrills and entertainment. If you’re into vintage cars, traditional steam-powered machinery, or shiny new tractors, you’re in for a treat, as there’s plenty to see here. And giving Chelsea a run for their money is the legendary flower marquee. Divinely scented and bursting with wonderfully vibrant, colourful, imaginative floral displays, created by keen individuals and local nurseries, the marquee will also host daily talks and demos like Fuschia Growing Made Easy, Container Gardening and Homemade Cordials. 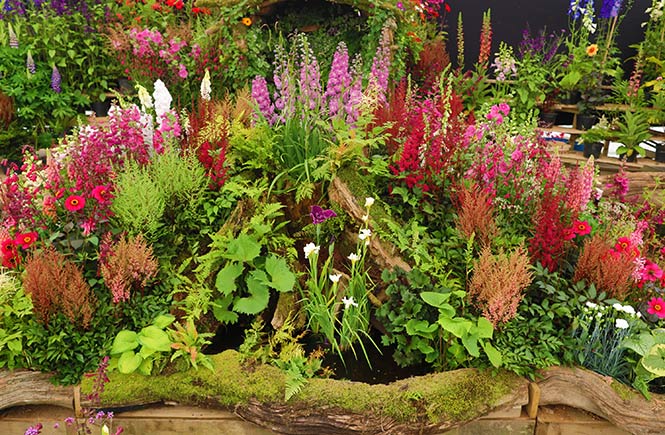 Building on the county’s flourishing reputation as a foodie destination, the Cornwall Food & Farming Pavilion is the one-stop place to try and buy a huge array of locally sourced and made quality produce, direct from the growers and suppliers. New for this year, the Cornwall Cider Championships will showcase the best amateur and commercial cider makers, with a cider bar stocked with a wide range of local ciders. 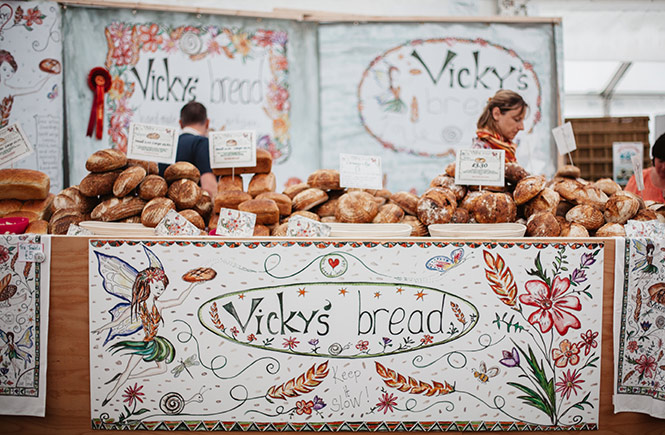 But it wouldn’t be a show without the animals. The livestock judging attracts increasing numbers, including rare breeds, entered into the hundreds of different classes, which are refined each year. Pigs, goats, sheep, cattle, horses, poultry, rabbits, cage birds, bees and more, with a thousand dogs alone competing in the dog show, plus heavy horses working, show jumping, and sheep shearing ... that’s an awful lot of rosettes and prize-winning trophies. 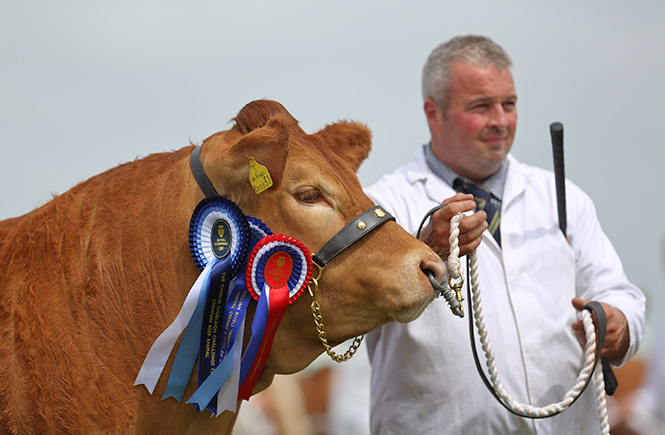 Marking the 100-year anniversary of WWI, the Cavalry of Heroes will be bringing their unique show to the Main Ring on Friday and Saturday. Remembering the role that the valiant horses and soldiers played, professional riders will combine tricks and stunts on horseback with an exciting musical score, rousing sing-a-long and a final cavalry charge. 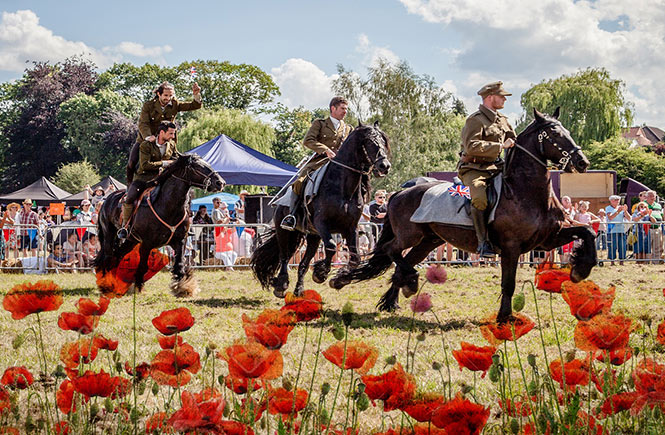 If you prefer your thrills on four wheels, then don’t miss Aussie quad bike daredevil Matt Coulter (aka The Kangaroo Kid) revving up incredible, high octane, death-defying stunts and tricks each day. Thursday and Saturday, the Band of HM Royal Marines (Plymouth) will be putting on a superb musical and marching display, while watch out for the spectacular RAF Falcons Parachute Display Team dropping in daily – consult your programmes and the skies for times. 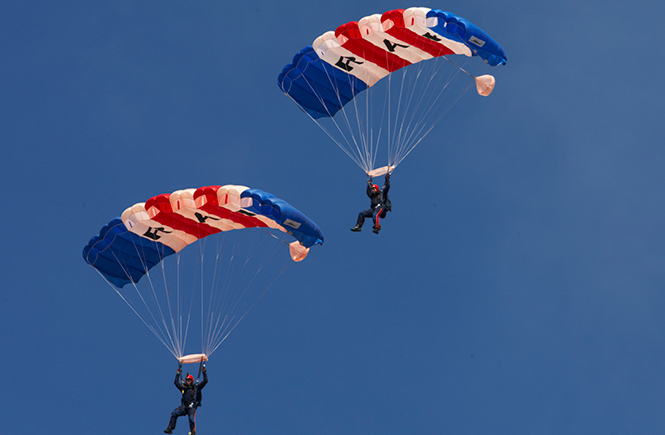 You’ll find a full programme of demonstrations, featuring country skills, sports and crafts, alongside eclectic entertainments and heritage in the Countryside, Lakeside and Forestry areas as well. Falconry on Horseback, Ancient Cornish Wrestling, Shinty, The History of the Coracle, The Master Thatcher at Work, Ferret Racing, Fly Casting Made Easy, Chainsaw Carving and more. 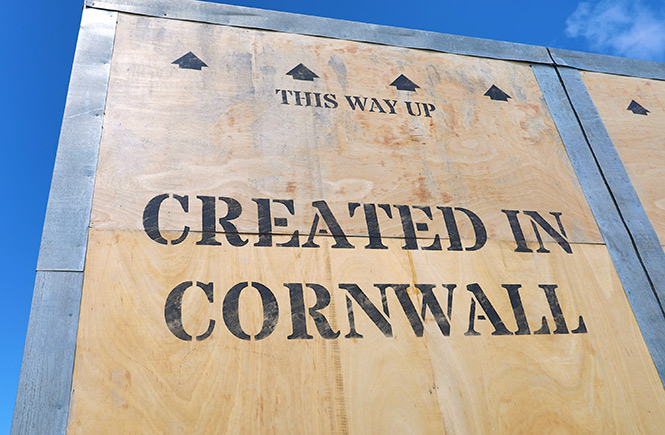 And as the Royal Cornwall’s patron is celebrating his 70th birthday later this year, a special event in honour of His Royal Highness The Prince of Wales, otherwise known as The Duke of Cornwall, will take place on the opening day; the same day Prince Charles and Camilla are to visit the show. Featuring many of the rural charities and organisations Prince Charles is also patron of, The Prince’s Countryside Parade will celebrate his lifelong commitment to rural Britain. 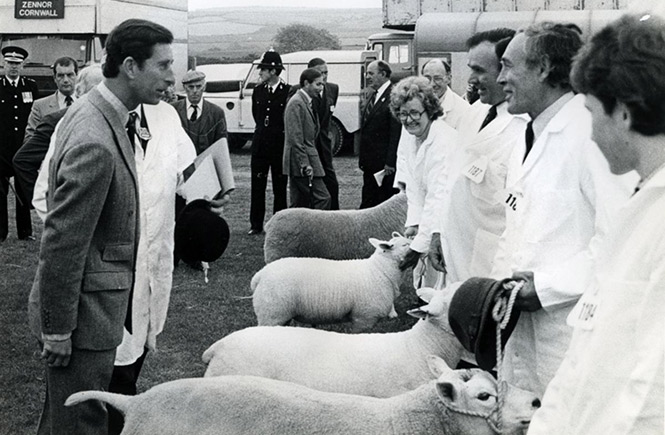 With something for all the family – even a rogue T-Rex called Titch, and a giant robot to enthral the kids – there’s lots to see and do, but as the show is so well attended, there can be traffic queues entering the main car parks, so it’s best to get there early. 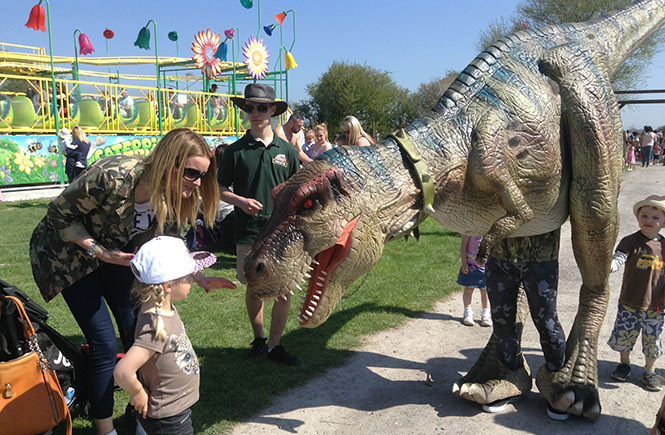 If you fancy visiting the Royal Cornwall Show, view all our cottages in Cornwall>