As the Cornish National Day continues to gain notoriety the world over, so the schedule of events to commemorate the Cornish patron saint - and everything Cornish to boot - becomes an ever-expanding affair.

Today, it’s not just a day-long event of flag wielding parades, beer swilling and pasty munching, but is, in fact, something of an eclectic cultural occasion to behold.

From street entertainment such as ceilidh and folk dancing to Duchy-wide anthem singing, World Pasty Championships, live music, arts and crafts - St Piran’s is putting Cornwall’s unique heritage on the map in a number of not-to-be-missed ways… 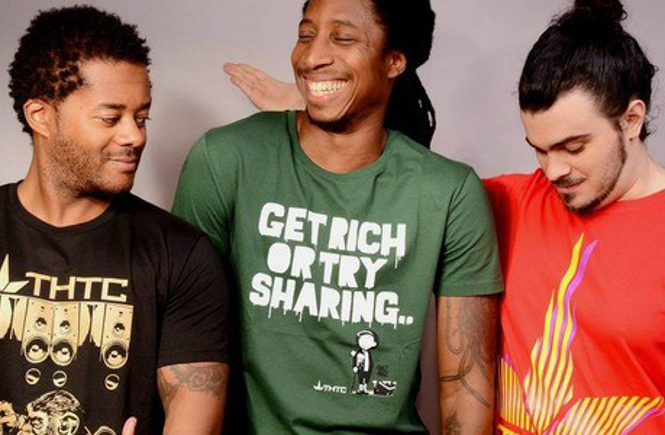 Then there’s St Piran’s in Penwith (St John’s Hall, Penzance, 4th-5th March): the town’s 13th annual Cornish Concert and Furry Dance, featuring over one hundred local school children in a choir along with dancing from the Penzance Guizers.

Alternatively, opt for some traditional sounds in a stunning Cornish landmark courtesy of Epiphany to Lent concert at the awe-inspiring, Truro Cathedral (3rd March).

From Penzance to Truro, Redruth and Perranporth’s all-out celebrations featuring parades, live entertainment, market stalls, street performances, and food and drink aplenty, to local villages staging their own esoteric versions of St Piran’s Day, wherever you’re staying or wish to take part in the celebrations, rest assured it’ll be an uber memorable and wonderfully exuberant affair.

With some hosting their own, early shouts (like Redruth’s Countryman Inn on 3rd March), the united singing of the national anthem, Trelawny, is usually reserved for 9pm at a pub near you across the county. So long as you sing with gusto and guzzle Cornish ales, knowing the words isn’t a hugely necessary pre-requisite to the evening’s festivities. However, you can find the lyrics on the St Austell Brewery website here>

It plays out a bit like a raucous game of rugby between the townsmen and countrymen, who strive to maintain possession while pushing toward their respective goal, ending in the hurler that carries the ball over the boundary returning atop the shoulders of his team-mates to celebrate with copious rounds of ‘silver beer’. 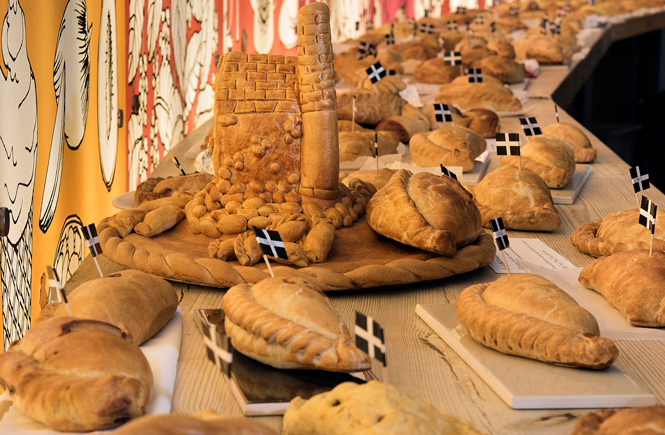 The Eighth World Pasty Championships look set to the biggest yet – with both amateur and professional entrants from around the world vying for the much-esteemed title. Anyone visiting the iconic biomes will not only be treated to an abundance of Cornwall’s most famous foodstuff, but an exhilarating assortment of entertainment from live music to comedy acts – all culminating in the anticipated, Oggy Oscars.

Visitors to family-friendly Wheal Martyn will lap up the plethora of Cornish celebrations, with tickets including a plate of Cornish crib and a cuppa. Expect a feast for the eyes and bellies, with everything from baking and home brews to photography, music and craft competitions, and local brewery and gin stalls.

Take a final flight of Cornish-themed fancy with Cornish Celtic dance music leaders, SKILLYWIDDEN (and selected guests), who will be staging an unforgettable show of original nos lowen (‘happy night’) dancing. Get your Cornish groove on and discover all the moves with the dance experts and fellow crowd members as you stomp your feet to a contemporary-meets-traditional soundtrack for an energised and ultra fun night out like no other.

Looking for somewhere to stay? View all of our holiday cottages in Cornwall here>