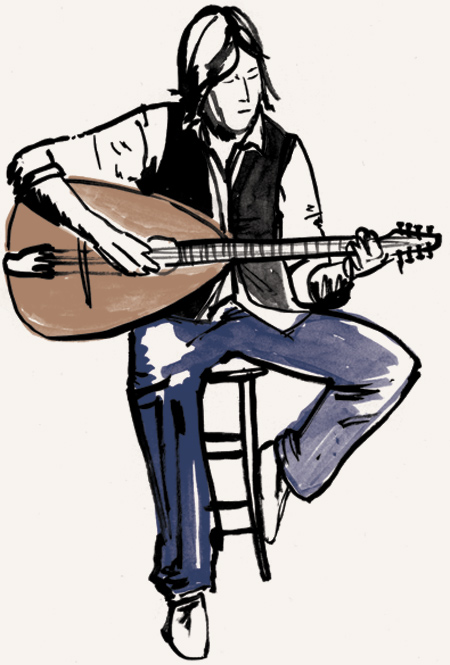 Exeter born folk singer-songwriter Steve Knightley took to the stage on Tuesday night as part of the St Ives September Festival, and being so well known on the folk scene, it was no surprise the event was sold out!

The two week long St Ives September Festival, supported by Aspects Holidays, offers an electric mix of arts, music, and culture to suite all tastes, and Steve’s gig was certainly one of the highlights of the festival so far.

As part of his ‘Grow Your Own Gig’ tour, the St Ives Theatre, otherwise known as ‘Kidz R Us’ provided the perfect venue for an intimate gig with an audience of around 150.  Accompanied by a pint of ‘Cornish Knocker’ and with a raffle ticket in hand, the stage was set for a cultural evening of folk-fueled live music.

It was clear from the reception he received the moment he walked on, that he’s a well-respected ‘folkie’ (as he described himself), and as such, the room was full of folk-enthusiasts, and not just members of the public taking a punt.

The quirky backdrop featuring a chalk drawing of a country kitchen coupled with subtle lighting from his very own lighting engineer added to the atmosphere.

As he opened his set, the first thing I noticed is just how big a sound Steve produces from his ‘Mandocello'; a cross between a mandolin and a cello. Coupled with his rich, gravelly voice it was easy to see why the event was so popular.

Steve offered something for everyone, from covers of old folk songs, his own material,  and even an unexpected ‘mash-up’ of  ‘Try’ by Pink, and Bob Dylan’s ‘Boots of Spanish Leather’ – an unlikely pairing but one which appealed to everyone. 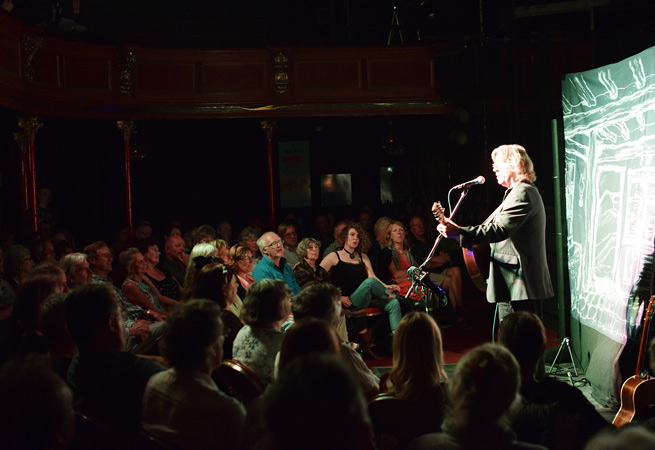 Alternating between his three ‘David Oddy’ guitars; an intriguing 8 string mandocello, an acoustic guitar, and a 4 string ‘tenor’ guitar, each song offered a different sound, but each was equally pleasurable to listen to.

Midway through his set he brought on stage a friend and renowned poet and artist, Bob Devereux, who, with the lights dimmed, recited Cornish poetry accompanied  by Steve’s dulcet tones. 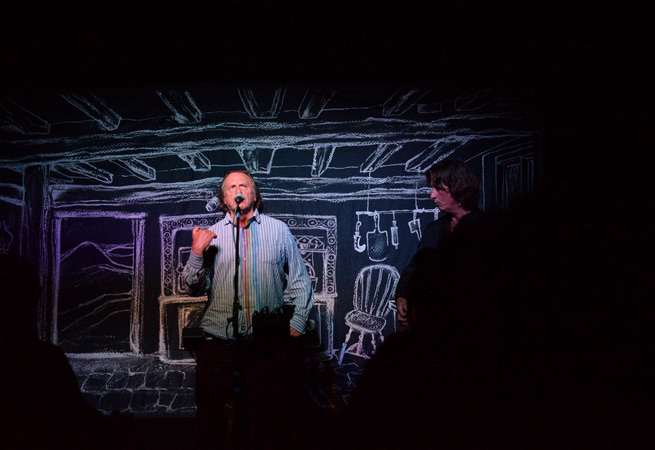 The highlight of the evening for me, was Steve’s solo performance of ‘Cousin Jack’, a popular song he usually performs alongside the multi-instrumentalist Phil Beer, in his folk duo ‘Show of Hands’, which had the whole crowd singing along. In this part of the world it was bound to be a hit, with lyrics of Cornish landscapes and Cornwall’s mining past:

Where there’s a mine or a hole in the ground
That’s what I’m heading for that’s where I’m bound
So look for me under the lode and inside the vain,
Where the copper the clay the arsnic and tin
Run in your blood and under your skin
I’ll leave the county behind I’m not coming back
Oh follow me down cousin Jack.

Another highlight was ‘Red Diesel’, another jocular folk song about his observations on rural living, and a man dubbed ‘Terry’. 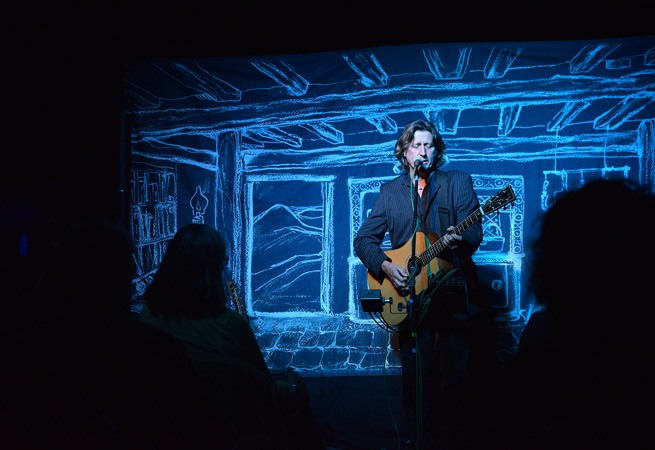 After half an hour or so, the interval allowed a chance for a top up and the obligatory half time raffle. – I didn’t win.

His stories between songs offered just as much entertainment as the songs themselves.  With comedic lyrics telling tales of sheep stealing and rural living, he got the crowd singing on numerous occasions, who were more than willing to join in, and were surprisingly in-tune. And when he wasn’t singing, he was playing his head-mounted harmonica. 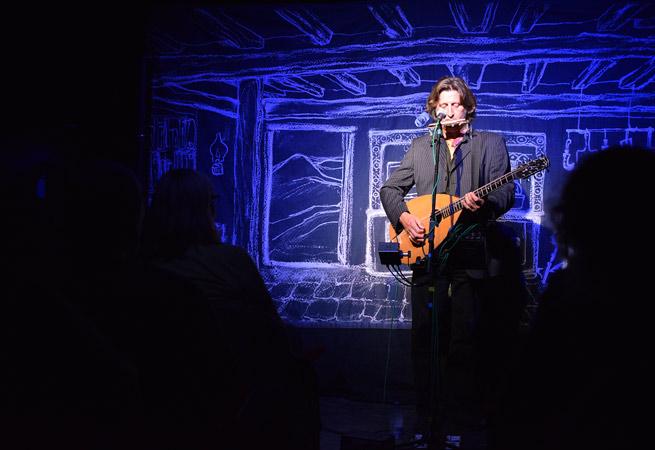 In short, this was a fantastic gig, with a sell-out crowd, and a perfect introduction to the St Ives Festival. It has certainly inspired me to dig out my guitar and get practicing. As a first-timer to St Ives September festival,  I can safely say I will be putting it in the diary for next year. Steve’s gig was well worth the ticket price of £16.

For those who missed him, he’ll be back in St Ives in December with his counterpart Phil Beer as ‘Show of Hands’ – so don’t miss your chance to get tickets! Book early as its bound to be another sellout night: www.showofhands.co.uk

The St Ives festival runs until 27th September, and there’s plenty still left to see. Visit the website to find out more:

View all our cottages in St Ives >