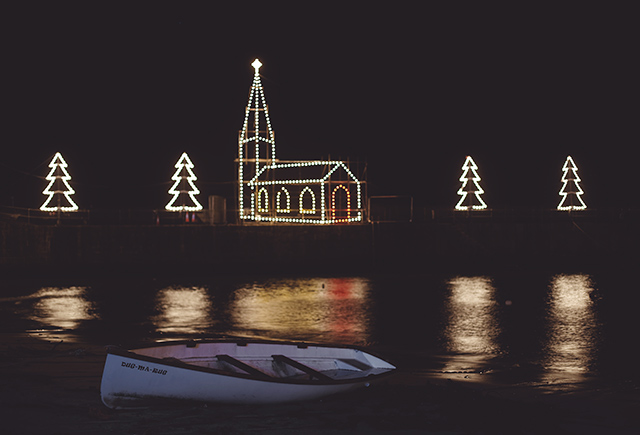 Legend has it that Tom Bawcock took his fishing boat out in a huge storm to save the village from famine, and managed to catch enough fish to feed the entire village. The fish were baked into a pie with their heads sticking skywards out of the pastry.

The current lantern procession from Mousehole School was started in the early 1990s in order to add a family element to the general celebrations which concentrated around the pubs. Teachers, parents and children make withy lanterns of fishes which are carried through the village. The procession starts at the school at 6.30ish and wanders through the streets. The children carry plates of biscuits for some of Mousehole’s older inhabitants. The procession makes its way to the harbour where it is met by the arrival of Tom Bawcock, ‘in his boat on bracers’. Tom Bawcock, with bowler hat, sou’wester and his withy boat on shoulder-braces comes up from the quay and joins the procession. The evening finishes with Mousehole Choir singing carols at the harbourside; and small lantern-boats are sent out onto the waves. 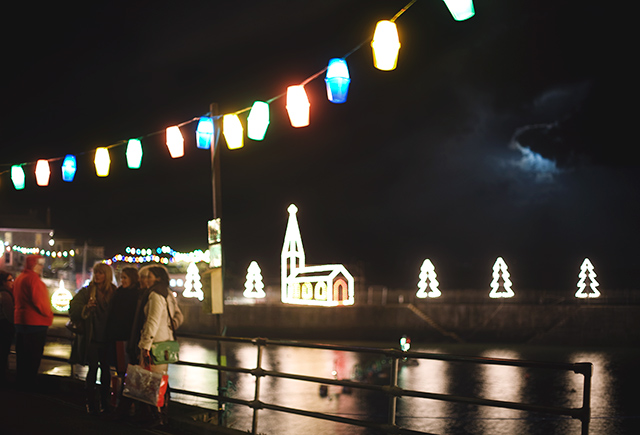 It is a lovely village celebration. There have been times when the village became so crowded that it took a year off. Sometimes the weather is so bad that it’s unsafe for the children to carry their lanterns, as it was in 2013, but the celebration was held after Christmas instead. Essentially it is a proper village event.

Moreton Nance wrote the words of the song in the 1920s when he heard the story. Should you find yourself in Mousehole on Tom Bawcock’s Eve, you’ll need to know the song, just sing it as it sounds, you’ll pick up the tune as you wander along:

A merry plaace you may b’lieve
Was Mouzel on Tom Bawcock’s Eve.
To be there then who wudden wish
To sup o’sibm sorts of fish.

When Morgy brath had cleared the path
Comed Lances for a fry
And then us had a bit o’scad
An’ Starry Gazy Pie.

Chorus: A merry plaace…
Next com’d fairmaids brae thursty jades
As made our uzells dry
An’ ling an’ hake enough to make
A raunin’ shark to sigh.

Chorus: A merry plaace…
As aich we clunk, as healths was drunk
In bumpers brimmin’ ’igh
And when up come Tom Bawcock’s name
We prais’d ’un to the sky. 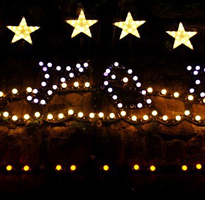 The Ship Inn on the harbour famously serves up Starry-Gazey pie each year in Mousehole as Tom’s bravery is remembered. Tom Bawcock’s Eve is also celebrated in Penzance at The Dock Inn by the singing of traditional Cornish carols.

Read more on our blog about Tom Bawcock’s Eve 2014.

Check out our blog post on A History of Mousehole.

View all of our Mousehole Cottages >